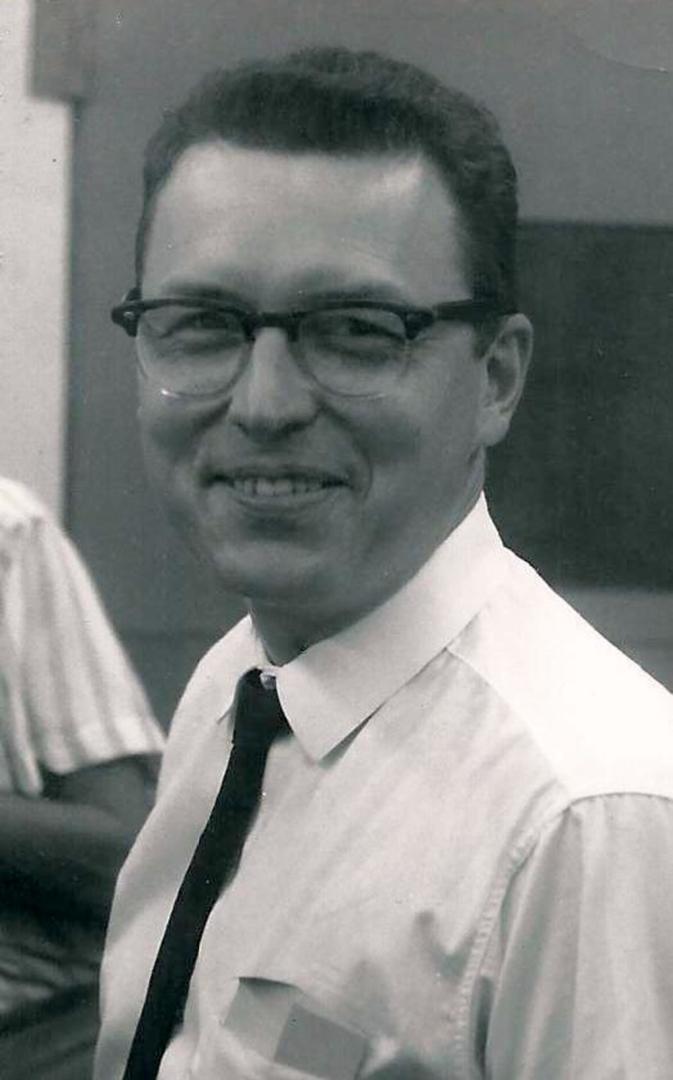 They say the best measures of a Man’s worth are his relationships – his family and his friendships. If this is true, then Jim Nelson was indeed a very wealthy man. He was a real gentleman who was devoted to his family and always had time for his friends. He was a strong man who was gentle and kind. He is remembered as forever smiling, quick with a joke, and at the ready to lend a helping hand to anyone who needed it.

Jim’s story began over 90 years ago with parents Wesley and Winnifred Nelson in Toronto, where he was the oldest of 4 siblings. Bob, Ted, and Mary rounded out the family. Then, 61 years ago, Jim was able to charm the lovely Jane Walker to be his bride. James was devoted to his wife in ways that cannot be put into words. Their life was a love story with lots of fun and 2 kids to follow – Alan and Carol. The Nelson roster now includes Jill and Todd, and his greatest pride - grandchildren Alan TJ, Samantha, Steven, Paul, and Tedd.

As a father and grandfather, Jim was “All-In”. He shared his love of the outdoors as a Cub, Scout, Venturer Leader, and parent volunteer for Brownies and Guides. He even tried his hand at coaching soccer. Countless holidays, birthdays, concerts, plays, sporting events and graduations were shared and celebrated. Most memorably, weekends and summers were spent with family at the cottage on Gull Lake.

But it was not all fun and games for James. There was successful and long manufacturing career for this Electrical Engineer that spanned 40 Years with Philco, Philco-Ford, and Ford Electronics. A retirement in 1993 would give him the time to enjoy all that he had worked for.

A promise to his bride Jane to show her the world was next on his list. Over the next 25 years, fall and spring were seasons spent travelling and exploring the world. Canoe trips and camping also continued to be an essential part of his life. Jim was a member of the notorious Alpine Barking Spiders Canoe Club who embarked on at least one epic trip per year. This rag tag bunch of misfits terrorized the waterways of Canada, while simultaneously solving all the world’s problems during lively campfire debates.

Which brings us to today – and a life well lived. If you would like to join in celebrating Jim’s wonderful life, we invite you to the Mount Pleasant Funeral Centre on February 2nd, 2020 for a service at 12 noon followed by a Celebration of Life which we hope will be the “party” that Dad always said he wanted instead of a “funeral”.