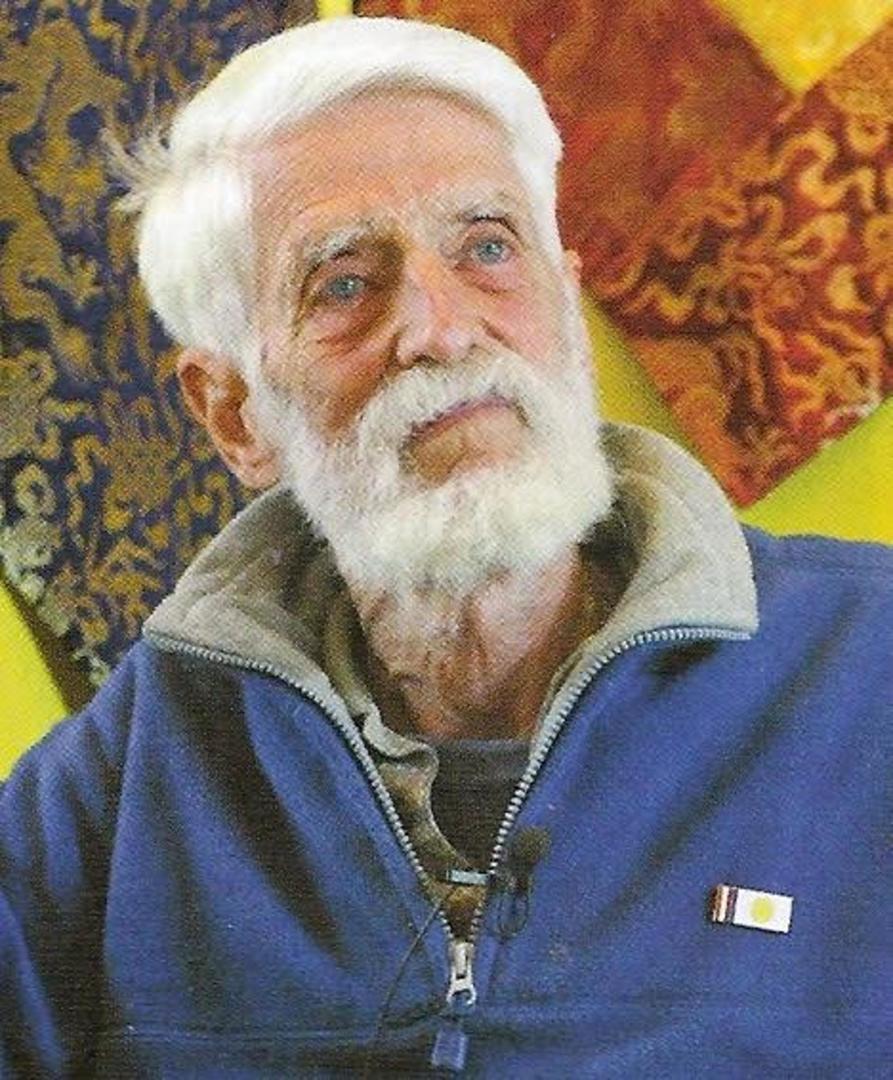 Jim George has passed away, in Toronto late on Friday February 7, 2020, at the age of 101. It was in peace, with presence of his closest family. Now he is free. Many thanks for the truly impressive care and kindness given him by the staff of Sunnybrook Veterans’ Centre.

Jim’s remarkably full and rich life spanned a century and the world. He was respected by many for what he did, and loved for who he was. He was educated at Upper Canada College, and Trinity College of the University of Toronto (philosophy), and was a Rhodes Scholar. A strong pacifist, and President of the Student Christian Movement, he was led by the disasters of 1940 to enlist in the Navy, surviving a torpedoing and rising to Lt-Commander and naval historian. In 1945 he entered Canada’s Foreign Service to work for peace, with postings to Greece, United Nations, NATO and France, and ambassadorial postings to Sri Lanka; India & Nepal; and Iran & Kuwait.

He had a lifelong interest in and practice of the teachings of GI Gurdjieff, respected, sought out and learned from spiritual traditions in all his postings, and worked with groups in Canada, Europe and USA. After retiring in 1977, he co-founded and headed the Sadat Peace Foundation and the Threshold Foundation. His environmental work included key roles in the whaling moratorium (1980), stopping the Kuwait oil fires (1991), and the No Weapons in Space initiative.

Jim has written several articles and three books: Asking for the Earth (1995), The Little Green Book on Awakening (2009), and Last Call (2016). In them he gives a synthesis of his life’s work: that the way to real peace is through the awakening of Humanity and respect for Life on Earth. Trinity College recognized his work with an Honorary Doctorate of Sacred Letters (2007).

The Memorial service for Jim was to be held at Trinity College Chapel in Toronto, at 2 pm on Friday March 27, 2020, followed by a reception. However due to the high risk of transmission of the Coronavirus-Covid19 in large gatherings, the family has decided to hold the Memorial and reception at a later date which will be determined by public health guidelines and posted on this site.
A private visitation and remembering took place three days after his passing, as he wished, with family and a few friends at Mount Pleasant Cemetery.

If you wish, instead of flowers, a donation in Jim’s memory to one of his favourite causes below, or to a charity of your choice would be welcome:
Seven Arts Study Centre: 455 Danforth Ave #119, Toronto M4K1P1 or at canadahelps.org
Ecojustice ecojustice.ca
Nature Conservancy Canada natureconservancy.ca
Friends of the Earth Canada foecanada.org

Trinity College Chapel
6 Hoskin Ave, Toronto, ON, CANADA, M5S 3K7 Get Directions
Date and time to be determined.
Info: The Memorial service for Jim was to be held at 2 pm on Friday March 27, 2020, followed by a reception. However due to the high risk of transmission of the Coronavirus-Covid19 in large gatherings, the family has decided to hold the Memorial and reception at a later date which will be determined by public health guidelines and posted on this site.
Order Flowers
Make a Donation
Help Extend the Memorial
Order a Keepsake Book