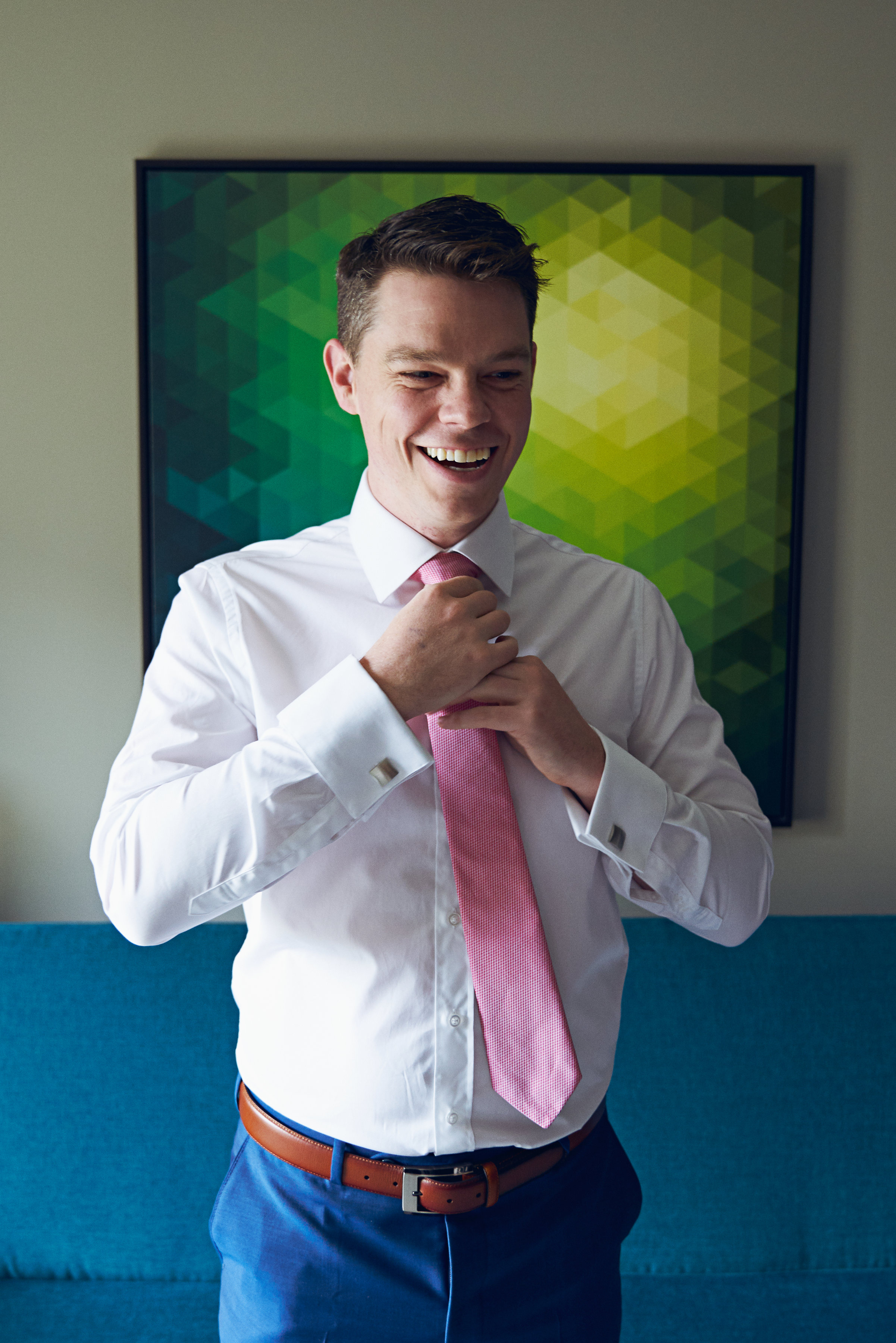 It is with immense sadness and broken hearts we say goodbye to our beloved husband, father, brother, son, uncle and friend James Niall Savill Fitzsimons, who passed away unexpectedly on Wednesday, June 16, 2021 at the age of 36.

James was the most loving and devoted husband of Samantha (n. Plested), cherished and adored father of Sophia (3) and Arthur (1). Beloved son of Peter and Sheila Fitzsimons. Loving brother of Ashlene (David) Larson and Mark (Ruth) Fitzsimons. Beloved son-in-law to John and Debbie Plested. He will forever be remembered by his many friends, including his closest; Chris Barry, Mike Schiers, Robbie Ciccarelli, Chris Stewart, Derek Dochstader, Corey Nicholson, Mike Delaroche, Rose Rocca and Greg Offner; his nieces, nephew and extended family, including the Plested, Zohn, Larson and Schor families; and his colleagues at Meadowbrook Construction. This being said, the number of friends that James counted among his closest extends far beyond those named here and he cherished all of his friendships dearly.

James was born August 5, 1984 in Sault Ste. Marie, Ontario and spent the majority of his childhood in Sarnia, Ontario where he attended École St. Thomas D’Aquin and St. Christopher Secondary School. He went on to earn a degree in Commerce from McMaster University in Hamilton, Ontario.

Often mistaken for Matt Damon, James was known for his signature grin, his wry sense of humor and his big heart. He laughed often and delighted in a running joke, especially if he could take it just a little too far.

Whether he was doing a river run in Sarnia, taking the kids to the cottage in the Muskokas, biking around Montreal terrorizing people for his Bachelor party, making a firepit, or celebrating Christmas morning at the Plested’s lodge or with his parents, James loved nothing more than laughing and making memories with family and friends.

In June 2017, James married the love of his life Sammy in Collingwood, Ontario and in April 2018, Sophia Harriet Rose was born. Her little brother Arthur John Thomas was born in February 2020. James relished being a dad and after their kids were born he spent all his weekends with Sammy and the kids having dance parties to the Hamilton soundtrack or his Funk My Soul Spotify playlist, hiking through the Evergreen Brick Works trail, getting ice cream at the beach, going to Left Field Brewery and having brunch at Lazy Daisy. He also loved quiet afternoons on the couch, watching movies and cuddling with the kids and Sammy.

Always focused on being the best possible version of himself, James had a lot of interests and applied himself wholeheartedly to everything he set his mind to — whether a new juice or exercise regimen, singing lessons or Wim Hof breathing techniques. He was a natural athlete and excelled at many sports, but he especially loved to play soccer and remained close friends with his Bluewater Soccer and Sarnia Fury teammates. Sammy and James often attended Jays games together; but, despite Sammy and John’s best attempts to convert him to the Toronto Maple Leafs, he was a loyal fan of the Montreal Canadiens (probably because it annoyed Sammy). He was also a skilled salesman, and was known for his infectious personality, sharp business acumen and strong work ethic.

We will forever miss his mischievous spirit, his sage advice, his big hugs and his knack for bringing people together for a shared laugh.

In his life, James never left anything unsaid, but unfortunately at his passing we are left with many unanswered questions. We will never stop missing him, but we take solace knowing he is at peace. We will forever remember him through shared stories, cherished memories and seeing him in the faces of his beautiful children as they grow. We know we will be with him again one day.

In lieu of flowers, sympathy may be expressed through contributions to a fund that has been set up to support Sammy’s immediate needs and their children’s education fund: https://www.gofundme.com/f/jcc6dq-helping-sam-and-her-family.

Depression is a serious and debilitating mental illness that has reached a crisis point in the wake of a global pandemic. If you or your loved ones are suffering from depression, anxiety or other forms of mental illness, seek medical attention as soon as possible. If even one family is spared the pain we are feeling, then we are honoring James’ remarkable and beautiful life.