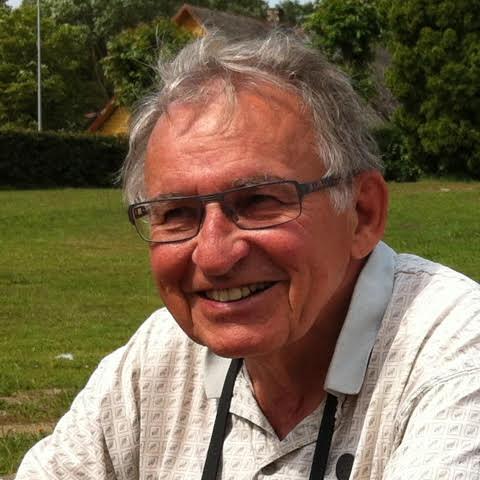 Jaan was born in Tartu, Estonia on January 22, 1937, the only child of parents Otto and Saima. Along with many others, his family fled the Soviet occupation in a harrowing escape across the Baltic Sea to Sweden in 1944, arriving in Canada a few years later in 1950.

As a young child, Jaan read voraciously. It is said that he read the entire Encyclopedia Britannica before the age of 10. After high school at Humberside Collegiate in Toronto, Jaan attended medical school at the University of Toronto, specializing in respirology. After marrying Reet in 1968, he returned to Sweden for a respirology fellowship at the Karolinska Hospital in Uppsala, eventually returning to Toronto. Jaan’s professional career began in respirology. He worked for the Ontario Ministry of Labour in occupational medicine. In 1994, he married Merike and became a family doctor and coroner in Haliburton, as well as working with several nursing homes.

Beyond his medical career, Jaan’s interests were far-reaching. Jaan had a life-long passion for competition and racing. It began with running, which gave way to cross-country skiing, in turn leading to competitive race-walking. Among his many accomplishments, Jaan built and maintained community cross-country ski-trails and competed in the 160 km Canadian Ski Marathon. He became a leader in the Ontario racewalking community, where he set a world-masters record for 50 km racewalk, which stood for several years, and very nearly qualified him for the 1984 Olympic Games. In 2012, he was inducted into the Canadian Masters Athletics Hall of Fame for his lifelong contribution to racewalking.

One of his favorite mantras was, "to learn how to do anything, one must teach it to others." He applied this principle to everything. He led race-walking clubs and taught countless people the nuanced pleasures of the sport. He was also very involved in the Toronto Estonian community and was an active member of the Eesti Üliõpilaste Selts (EÜS). As a Scout leader, he built an elaborate high-ropes course through the forest canopy. He was intrigued with kayaking and, in particular, kayak-rolling techniques. Jaan was an avid photographer, building a darkroom and developing his own film. He was fearless in exploring his musical abilities, and taught himself to play the guitar, piano, organ, accordion, harp and recorder. He played in the Estonian Folk Music Ensemble, sang in the Toronto Estonian men’s choir and performed at the famed Laulupidu in Tallinn. He was fascinated with music theory, and could happily talk about it for hours at a time. He built wooden furniture, a plywood catamaran and surprisingly durable yurts from reclaimed materials, and had many opinions on building saunas. Jaan had more inspiration than time, and he filled garages with the flotsam and jetsam of ideas which had run their course.

Jaan was a unique and colourful polymath. He will be remembered by many for his open-mindedness, do-it-yourself creativity, passion for teaching and good humour. He will be missed.

A memorial for Jaan will be held at a later time. Donations can be made in Jaan’s name to the Temmy Latner Centre for Palliative Care at http://tlcpc.org/ and the Estonian Foundation of Canada https://www.estonianfoundation.ca/

(The family wishes this to be a private event.)
Mount Pleasant Cemetery, Cremation & Funeral Centres
375 Mount Pleasant Road, Toronto, ON, CANADA, M4T 2V8 Get Directions
Monday, 9 Aug 2021 9:30 AM - 10:00 AM
Info: Due to current COVID-19 gathering restrictions attendance will be by invitation only

(The family wishes this to be a private event.)
Mount Pleasant Cemetery, Cremation & Funeral Centres
375 Mount Pleasant Road, Toronto, ON, CANADA, M4T 2V8 Get Directions
Monday, 9 Aug 2021 10:00 AM - 11:00 AM
Info: Due to current COVID-19 gathering restrictions attendance will be by invitation only
Order Flowers
Make a Donation
Help Extend the Memorial
Order a Keepsake Book