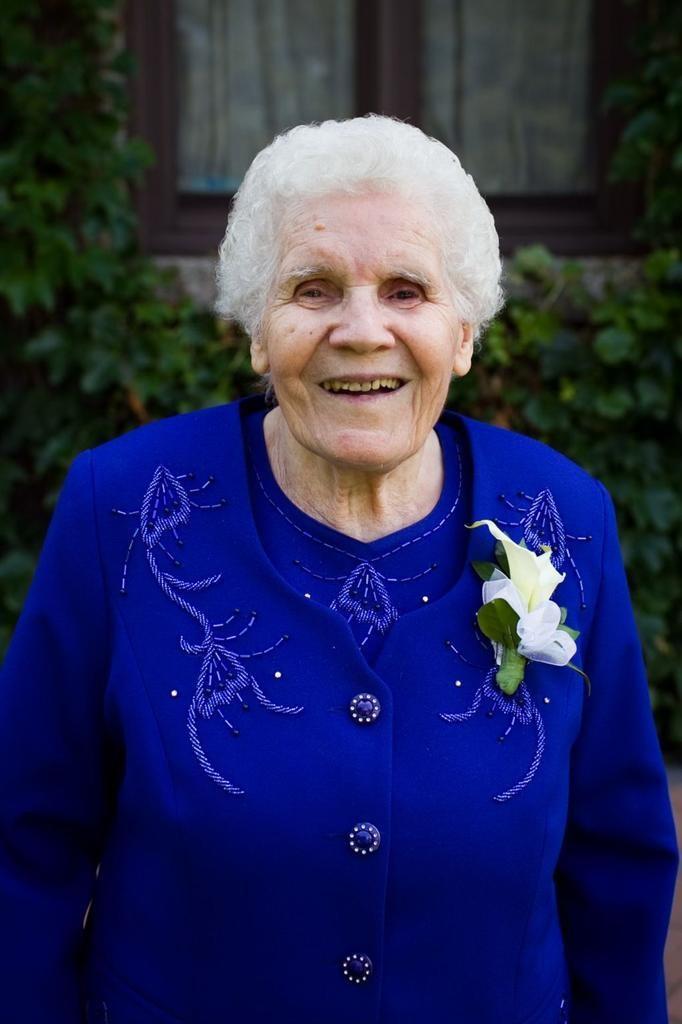 It is with great sadness that we announce the passing of Ioanna Petkopoulos. She passed away peacefully in hospital on Monday, August 29, 2022 at the age of 95. She joins her beloved late husband, Nicholas, late son Louis and late granddaughter Anna-Maria in heaven.

Ioanna was born in Alona, Greece on June 17, 1927 and emigrated to Toronto in the 1960s to build a better life for her family. Having left us at 95 years old, she achieved what she set out to do.

Ioanna’s formative years as an adolescent and into adulthood were rife with challenges.

She was born in post-World War I Greece, where her story was anything but uncommon in the Greek diaspora. Like most modest farming villages of the time, resources were limited and the responsibilities of supporting one’s family began early; particularly for an eldest daughter. At the onset of World War II, the burdens of caring for her younger siblings and acquiring the necessities of life, at times at great risk, were thrust upon her. No sooner than the conclusion of WWII, the specter of conflict and instability re-emerged with the Greek Civil War. It was, perhaps, during these formative years that she developed her force of will and resolve known to those who knew her; and, what, perhaps, earned Yiayia the nickname by which her grandchildren would often refer to her as: “The General.” It was out of the trials and tribulations faced in her youth that her resolve and dedication became most evident through her commitment to family.

Ioanna went on to marry her late husband, Nicholas, with whom she had a family and built a household in his native Antartiko, Macedonia in northern Greece. In contrast to her adolescent years, she would impart the nostalgia of those early years with Nicholas and her three children through the stories she would tell her grandchildren.

Her life’s journey, as with many Greeks of the diaspora, brought her to Canada in April, 1968, where she found the stability and security she sought for her family. While she always maintained a strong, resilient, and—yes, Yiayia—even a stubborn will, it was in her family and her household where her softer side did emerge; she had a love of tending to her flowers and could often be found in her backyard maintaining a pristine garden. Her razor-sharp memory and maternal instincts always kept her children and grandchildren at top of mind; sometimes to their chagrin, but alas, sometimes even to their endearment.

Yiayia was fortunate to have lived 95 years and see many of her grandchildren get married and bless her with 15 great grandchildren.

Ioanna is now reunited with her departed family; her dear Nicholas, son Louis and granddaughter Anna-Maria. Heaven has gained an angel...and perhaps, a general.