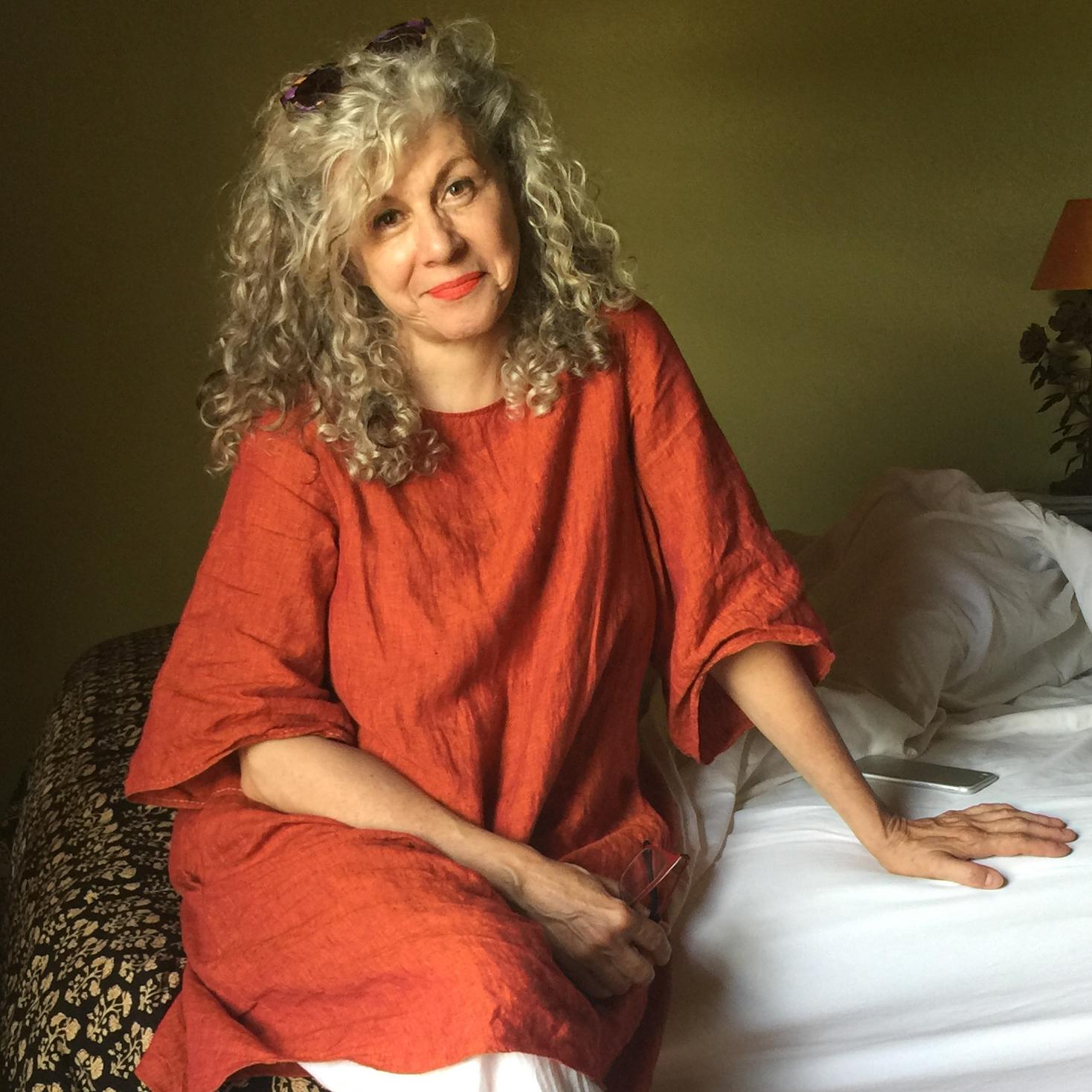 On Wednesday, November 25, 2020, Holly Andrena Dyment died at St. Joseph’s Health Centre, Toronto. A non-smoker she faced a devastating diagnosis of lung cancer with her characteristic grace, bravery, elegance, and loving consideration toward everyone around her. She is survived by her aunt Robin Vaile Robinson, her beloved sons Andrew Lauder (and his wife Carly Deziel) and Cooper Dyment (Emily Spencer), all of Toronto, her brother Cam Dyment (Barbara) of Collingwood, ON, and their children Kirstie, Brandon, and Kylie, her double first cousin Philip Dyment (Petra Mattes) and his children Gabrielle and Jack, and her lifelong friend Janet Heisey. Her parents Donald Dyment and Lexie Miller, both of Toronto, predeceased her. Everyone adored Holly. Artistically gifted, for many years she was a successful Toronto interior designer who decorated her own houses and those of her clients with customary verve, every room including that usually antiseptic space containing a fridge and stove reflecting her bohemian love of those hectic, incense-infused non-Occidental countries where joyful colours jostle for attention with pattern and texture. Beige was not an option in Holly’s personality or vocabulary — her favourite colour was vermillion. One of her previous happy places was an airy colonial-era vacation house in Mérida, Yucatán, which she imbued with the daringly explosive colours of Mexico. After first travelling to India in 2002, and then, for artistic inspiration, continuing to visit Delhi, Kolkata, Jaipur, Hampi, and other storied and ancient cities at least once a year, she decided to launch what was an immediately successful and lauded jewellery business — Holly Dyment Fine Jewelry, her collections using precious stones in delightfully witty, unique (and often gothic) settings — rings, earrings, necklaces and bracelets wrought in her favourite black-and-white striped enamel, or gold, and hand-made in Jaipur, the centre of India’s jewellery manufacture. Her jewels have been featured in Town & Country, Elle Canada, and a number of European fashion magazines and worn by such fashion-forward celebrities as Madonna and Rihanna. Another admirer of her work is Lynn Yaeger, a longtime New York fashion personality who writes for American Vogue. In 2017 Holly’s work was included in Juliet Weir-de la Rochefoucauld’s book ‘Women Jewellery Designers,’ a deluxe volume featuring such legendary names as Elsa Peretti of Tiffany & Co., Suzanne Belperron, and Cartier’s once resident genius Jeanne Toussaint. Born in Toronto on August 18, 1959, Holly was educated at the Toronto French School, the Bishop Strachan School, and Bennington, a Vermont liberal arts college whose curriculum emphasizes the fine and performing arts. Some of her happiest years were spent at her farm near Creemore, Ontario, where, until recently, she delighted in entertaining family and friends in a very Holly house with a beautiful back forty. Holly loved many people, pets, amusements, and things including her family, the memory of her maternal grandparents, her mighty though miniature schnauzers, Twyla and Ham, solitude, her childhood summers on Lake Joseph, red lipstick, world music, the art of Frida Kahlo and Helen Frankenthaler, big bowls of whipped cream, both as main course and dessert, South Asian clothes, silent movies, Ab Fab, the satisfying look of great rooms and finally, the love of going deep or, as she laughingly called it, the ‘ooey-booey’ — that is, the spiritual world where she hoped she’d see her people again. Due to Covid-19, a celebration of Holly’s life will take place at a future date. In lieu of flowers, the family suggests making donations to the Princess Margaret Cancer Foundation: https://thepmcf.ca/Home