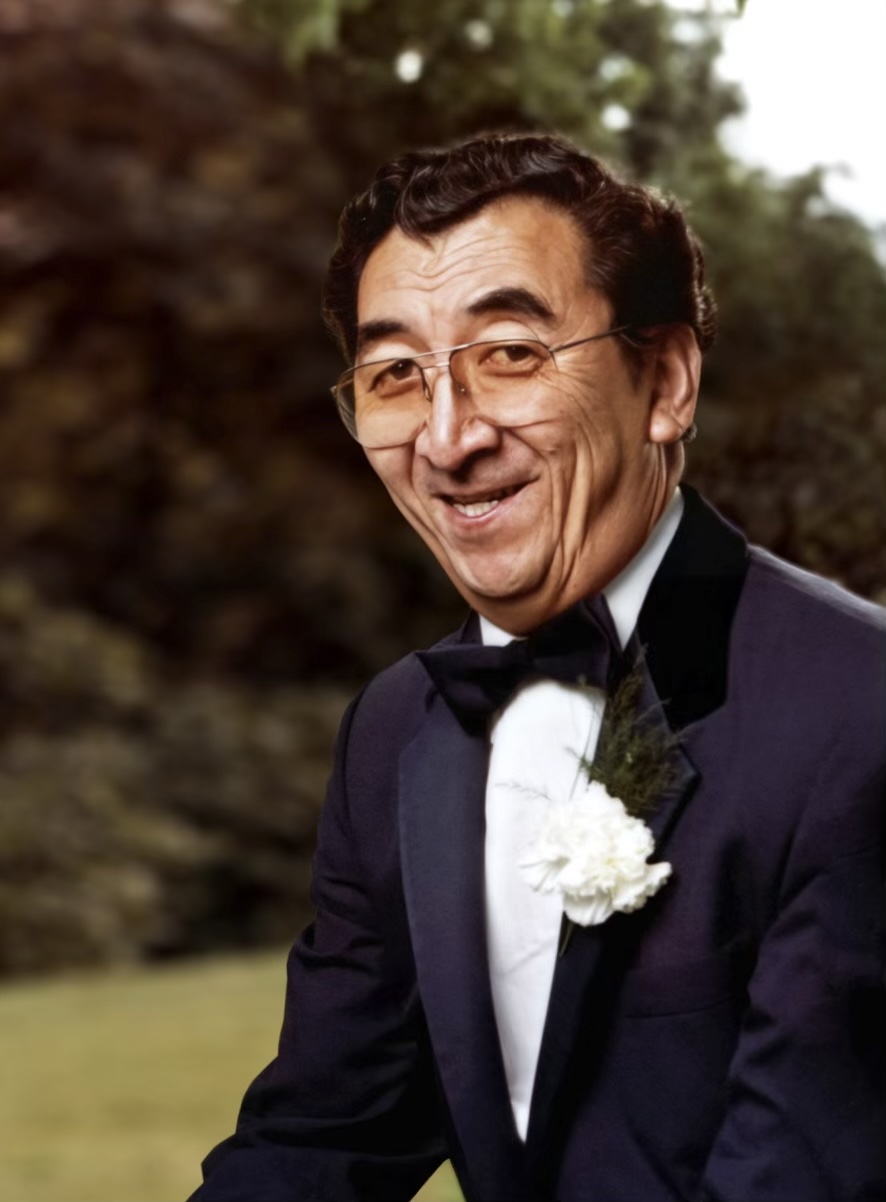 It is with great sorrow that we announce the passing of Harry Harumi Uyede in the early hours of November 11, 2022, in his 93rd year. Harry was the beloved husband and life companion of Chizuko (nee Maruya) Uyede of 68 years, father of Kim Uyede-Kai (Richard C. Choe), Clayton Jamison “Jamie” Uyede (Kimberley Brandon-Uyede), and Wendy Uyede (Robert Kunihiro), much loved grandfather of Trevor Kai (Sam Abel), Jeremy Kai (Vivian Kuo), Meaghan Uyede, Brandon Uyede, Jonathan Kunihiro, and Paige Kunihiro, and the “cool uncle” to many nieces, nephews, and their children. Harry is survived by his sisters Carole Teranishi (the late Tats), Louise Hirowatari (the late Mamoru), and Norma Iwata (the late Joe Iwata and the late Ted Nakamichi). He was predeceased by parents Umekichi and Chikaye, brothers Katsumi “Gluck”, Terry, Muts, and sisters Agnes and Susie.

Born on January 9, 1930 in Victoria BC to Umekichi Uyede and Chikaye Banno, Harry was the fifth of nine children. Umekichi was a charter member of the Victoria Japanese Methodist Church which became a United Church in 1925. Harry went to school at George Jay Public School and then Central Junior High. When Canada entered World War 2, the Uyedes were removed from the West Coast in 1942 with one suitcase each, along with 22,000 Japanese Canadians. Their home, belongings, and fishing boat were confiscated and sold without their permission. The Uyedes were relocated to the Tashme internment camp southeast of Hope, BC. They were never to live in Victoria again because when the war ended BC forced them to either move east of the Rockies or go to Japan. Not allowed to get off the train in Toronto, the family resettled in Scarborough where Harry attended Scarborough Collegiate. As a Japanese Canadian kid from an internment camp, he must have been pretty good at basketball to become the team captain in what was then an all White school.

It was a few years later through one of his basketball buddies that Harry met Chiz. They married on October 16, 1954, the day after Hurricane Hazel struck Toronto. Their reception was at the St. Charles Tavern, a Chinese restaurant before it became the prominent gay bar. Several years later Harry’s sisters shared that they had been concerned for Chiz because they knew Harry as the second “bad boy” brother in their family.

Harry and Chiz generously shared their new build home on the outskirts of Toronto with Chiz’s father and mother who was disabled by several strokes. For 65 years, Harry and Chiz lived in the same house that was built for their family in 1954 by the construction company that Chiz’s father worked for. There, Harry hosted poker games and Hockey Night in Canada gatherings, barbequed many steaks for family and guests, and tended a large suburban garden of raspberries, fruit trees, corn and other vegetables, and flowers.

Harry was a refrigeration mechanic by trade but his interests were vast and eclectic. He was a diehard Argos football fan and faithfully attended every game for years with a friend; he was also a singer, oil painter, took and developed photographs in his homemade darkroom, loved all kinds of music and murder mystery novels, played Sudoku and did crosswords, crafted built-in cabinets, and when asked anything about any movie, he knew the actors, director, movie plot, and the year it was released. Harry was generous to family and friends alike and was also known for his delightfully dry sense of humour and wit and his willingness to engage in arguments with his brothers-in-law.

When money finally wasn’t as tight, he took great joy in researching and planning interesting vacations to Hawai’i, Alberta, and BC, where he sometimes visited his former Victoria family home. Later in life Harry and Chiz became Mirvish theatre subscribers as well as attending Shaw Festival plays, especially musicals.

In recent years, Harry’s health began to decline and in 2019 they moved to an apartment at Christie Gardens where they enjoyed privacy yet surrounded by a caring community. After a fall sent him to the hospital with a hip fracture, he moved out of the apartment to a Christie Gardens room with more on-site care but where Chiz could visit him twice daily even during the height of Covid. The family is deeply grateful for the exceptional personalized care and compassion by all the Christie Gardens staff, medical team, and chaplains.

Following cremation, a celebration of Harry’s life will be held on Saturday, December 10, 2022 at Pine Hills Cemetery and Funeral Centre, 265 Birchmount Rd., Scarborough, Ontario. Visitation for friends and family will be in person from 1:00-2:00 p.m. A Celebration of Life service will be held in the same space at 2:00 p.m. followed by an informal reception. A live video feed and a recording of the service will be available for those unable to attend.

In lieu of flowers, donations in Harry’s honour to Christie Gardens Foundation would be appreciated http://www.christiegardens.org/#foundation or to a charity of your choice.

Pine Hills Cemetery & Funeral Centre
625 Birchmount Road, Toronto, ON, CANADA, M1K 1R1 Get Directions
Saturday, 10 Dec 2022 2:00 PM
Info: Dear guests, wearing a mask is mandatory while attending this Memorial Service. We thank you for your understanding. Those wishing to watch the livestream of this service may check back approximately 10 to 15 minutes before start time.
Order Flowers
Make a Donation
Help Extend the Memorial
Order a Keepsake Book