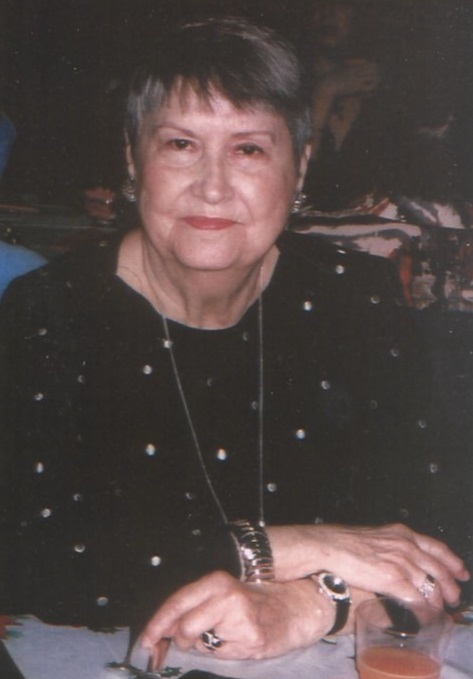 Predeceased by her ex-husband Richard Charles Park of Sarnia Ontario, accountant & musician. She will be forever missed by her sister Susan McKenzie (nee Griffith), & nieces & nephew. Her 4 boys will forever cherish the impact she made in their lives; Richard, David (Janet), Timothy and Christopher.

Gwen lived on Heddington Avenue in Toronto during her childhood and school years, then moved numerous times throughout her life. This included Dunnville, Thistletown, Richmond Hill, Markland Woods, Willowdale and finally to Mississauga Ontario. She enjoyed her career as an Interior Designer at Douglas Interiors, Anthony’s and then retired from Mueller’s Interiors. Gwen continued working with her design talents as a freelance interior designer for years afterwards. Gwen was a strong, independent and resourceful woman that rose to and met the challenges of being a single working parent. She was known for her compassionate acts of kindness helping anyone in need, a truly generous, kind hearted person that touched the lives of so many.

She was an active member of St. John’s Anglican Church in Mississauga, and made many friends there over the years but became less involved during her later years due to her decline in physical mobility. Her big heart, wittiness, and eagerness to stay connected to those she loved will be deeply missed and not forgotten.

She had many comforting memories over the years with her two fluffy feline companions Max & Purrcilla.

Donations to a charity of your choice would be appreciated.

St. John's Anglican Church
719 Dundas Street East, Mississauga, ON, CANADA, L4Y 2B5 Get Directions
Info: Due to Covid 19 protocols, the funeral and interment are by invitation only.
Order Flowers
Make a Donation