The portion of Gudmundur Peter Peterson memorial that you are trying to access requires an extension in order to become active again. Would you like to contribute to the memorial?s extension? 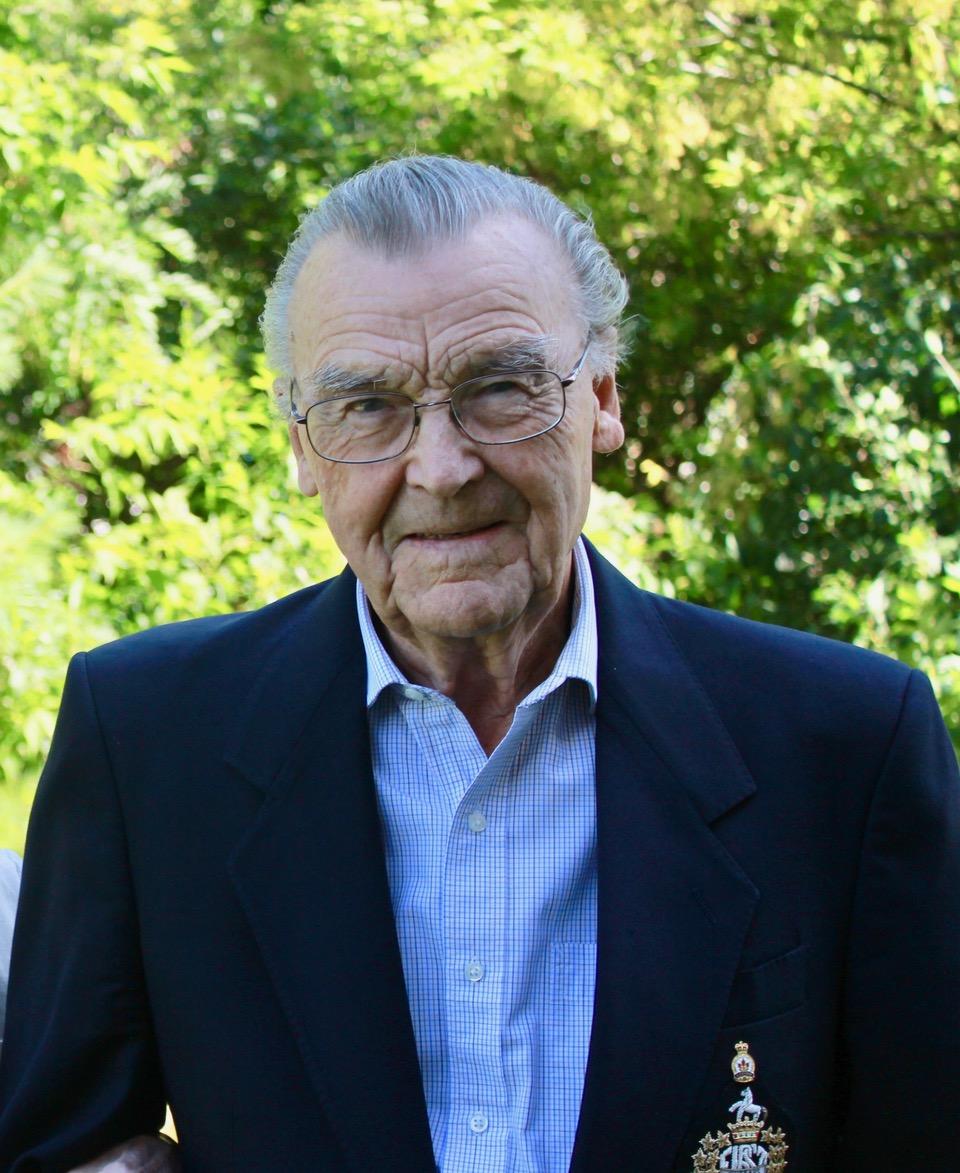 Gudmundur Peter Peterson , P. Eng.
It is with utmost pride of a life well lived that the family of Gudmundur Peter Peterson announces his passing on November 13th, 2018 at the Sunnybrook Veterans Centre in Toronto, Ontario.
Gudmundur is survived by the love of his life, Sophie Chenkie, his wife of 70 years, their children Sandra (Clifford Smith), Susan, Glenn (Peggy Ann Turner), and Kristin, his grandchildren Harrison, Alanna (Sabrina), Arne, Jacob, Evangeline and Freddy. his sister Christine (“Kitty” ) Carroll and many nieces, nephews and relatives. He is predeceased by his siblings Evangeline (“Diddi”), Reinert (“Bo”), Clarence (“Guy”), Konrad (“Connie”), twin sister Grace, Ragnvald (“Wuggi”), and Allan (“Roy”).
Gudmundur was born at home in the Icelandic/Faeroese community of Oakview, Manitoba on October 25th 1923. Son of Gudrun and Ragnvald Peterson, he was nicknamed “Manni” by his mother. His childhood and teenage years were spent homesteading. It was a pioneering lifestyle that inspired him in later years to pen his autobiography “The Life and Times of a Boy Called Manni” . A family best seller!
At the age of 19 he joined the Canadian military and served in World War II with the First Hussars “C” Squadron (6th Armoured Regiment) as a tank operator. Trooper Peterson landed on the shores of Normandy on D Day June 6th 1944 and fought battles in France, Holland and Germany.
In 1946 he returned home to complete his high school diploma and obtain a degree in mechanical engineering at the University of Manitoba.
Pete Peterson’s engineering career was also a pioneering one in the aerospace industry. Firstly in Toronto with Orenda designing the Iroquois engine for the supersonic fighter jet the Avro Arrow. When that program was cancelled he worked briefly at Lucas Rotax. In 1956 he spotted an ad in the newspaper for applicants for engineering positions at Pratt and Whitney Canada in Longueuil, Quebec and applied. This proved to be a very good move. On January 2nd 1957 he started work at Pratt. He was hired along with five other engineers to form the nucleus of a team to break into the gas turbine engine business. The resulting design was the world class PT6 engine. He retired from Pratt in 1990 with the title Chief Engineer.
During those years he built a home at the foot of Mont St Hilaire and with Sophie they raised their family there. Together they enjoyed tending the garden and apple trees, skiing and taking long walks on the mountain and entertaining family and friends poolside in the summer. After retirement he mostly enjoyed being “Afi” to his grandchildren, spending winters in Singer Island, Florida with friends, cycling, golfing, curling and traveling with Sophie.
As Gudmundur wished there will be no funeral service and cremation has taken place.The family would like to thank the staff, nurses and doctors at the Sunnybrook Veterans Centre for their excellent care and compassion for the past 18 months. Sophie would also like to thank the many kind Chats drivers for their chauffeuring service and companionship. As an expression of sympathy a donation to the Alzheimer Society of Canada would be greatly appreciated.

Deepest condolences to family and friends... sounds like an extraordinary man...was always fascinated, outraged by the Arrow saga, for example!! Historic!! Rest In Peace, sir! 💖💖💖💖.

I was fortunate to meet Uncle Manni on a few occasions. I remember him as a very kind friendly uncle much like the rest of the aunts and uncles I met. I always remember my dad, (Roy) speak almost reverently about Manni. As far as his best selling book, I still bring it out to read and I am very thankful for that is it gives the whole family a written history to cherish. My condolences go out to the family. I’m sure he is missed and also cherished.
Sincerely Randy

My condolences to the family. Xo. A beautiful write up about your father. Also thanks to him for his service. Xo

Codllences to the Peterson family.

So very sorry for your loss! Hugs to you all! 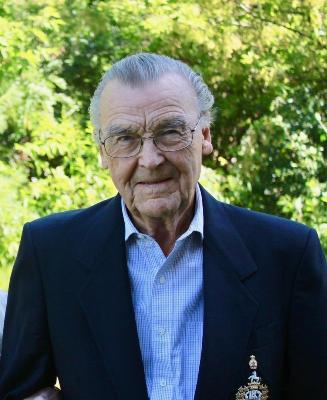