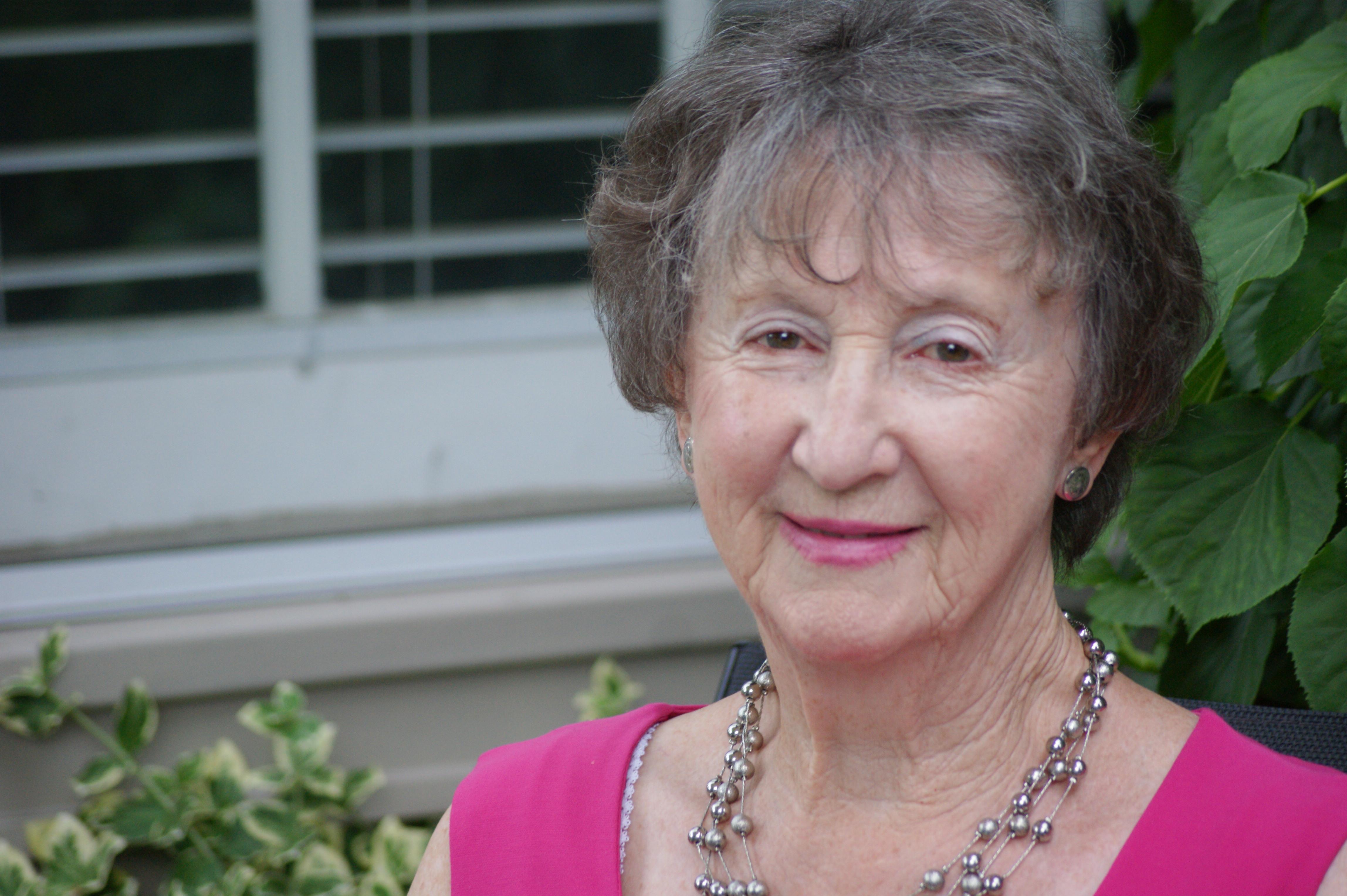 Glenda Racioppa passed away peacefully on Dec 23rd 2022, surrounded by family, after a two-week battle against pneumonia, complicated by adult-onset muscular dystrophy. She was preceded by her beloved husband Edward, and son Michael.

Born in Mitcham, England, in 1937 to Lilian and John Byrne, Glenda grew up in London during WWII. During the blitz, she, along her mother and older brother Michael, were sent out of the city as part of Operation Pied Piper – which saw mothers and children relocated to the country to keep them safe from the bombing. After the war, her family grew larger as Michael and Glenda were joined by younger sister Pauline.

Following secondary school, Glenda trained as nurse, working at several different hospitals in and around London, as well as travelling through Europe as an Au Pair.

In the late sixties, Glenda leapt at a chance to cross the Atlantic and continue her nursing work in Toronto, Canada – which became home after she met Eddy and they were married on May 27, 1969.

She joyfully joined a large and boisterous family, with Michael, Lynn, and Diane, Eddy’s nine siblings, numerous nieces, nephews, and extended cousins – and happily added to it with Natalie, Erin, and Simon.

After Simon began full-day school, Glenda returned to work as educational assistant, helping with special needs children for the Toronto Catholic District School Board, at St. Barbara’s school in Scarborough – eventually retiring to a new home in Pickering.

Glenda was blessed with many long friendships – some lasting over seventy years. What started as handwritten letters or expensive once-a-year long-distance phone calls to England and other distant places, eventually became emails and hour-long weekly Facetime sessions – keeping her in touch with friends and family.

Born with an adventurous spirit, Glenda loved travel. She was lucky enough to have seen the world, visiting countries as far away as Indonesia, along with most of Europe - not to mention numerous road trips across North America.

She was never without a book and authored two memoirs: one about growing up in England during and after the war, and another about her work abroad as an Au Pair (both available as PDFs for anyone who would like to read them).

If you can judge someone’s life by the number of people who loved and admired them, then Glenda lived the best of all possible lives.

A memorial service will be held on Saturday, January 28 at 2pm at Mount Pleasant Cemetery, 375 Mount Pleasant Road, Toronto. Guests are welcome at 1pm, and a livestream link will be provided on this page for anyone unable to attend in person. Reception to follow.

In lieu of flowers, we'd ask that anyone wishing to do so make a donation to their favorite charity - or click on the donation link below for a few suggested foundations. Thank you.

Mount Pleasant Cemetery, Cremation & Funeral Centres
375 Mount Pleasant Road, Toronto, ON, CANADA, M4T 2V8 Get Directions
Saturday, 28 Jan 2023 2:00 PM
Info: A link to livestream the Memorial Service for Glenda will become available at the top of this page at approximately 1:45 pm on the day of the service.
Order Flowers
Make a Donation
Help Extend the Memorial
Order a Keepsake Book