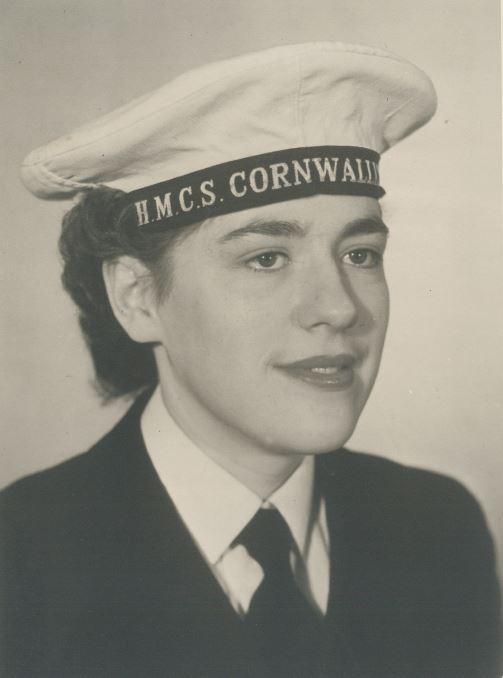 Erma Maude Powell, 87, passed away on July 6th in Haliburton, Ontario, surrounded by her loving family.

Born in Prince Edward Island, Erma grew up on a farm with 6 siblings, a childhood spent in fresh air, green fields and the occasional trip to the ocean to dig clams. Her love of jokes and laughter came from her grandmother Yeo who she adored, and shared some of her most fond memories of.

Erma's dreams of adventure led her to leave home at 16 and move to Toronto. At 18, Erma joined the Canadian Navy Reserves and was stationed in Halifax, Nova Scotia, one of the greatest accomplishments of her incredible life. Erma was married at 21 and had 3 daughters, living in downtown Toronto. Widowed at 29, Erma instilled love and hard work in her daughters. She made sure they never went without, had the same opportunities as everyone else and demonstrated strength and resiliency to challenging times in life.

At 41, Erma married her late husband Alan Powell; her travel companion, a guitar muse and a loving step-father to Erma's children. Alan and Erma enjoyed 22 beautiful years together, with a hobby farm and spending summers in Prince Edward Island and winters in Florida. Erma continued her adventurous and free loving way of life, as a world traveler, proud Maritimer, volunteer, scrabble game board champion, devoted family member and a caring friend to so many around her.

Erma is survived by her three daughters Elizabeth, Cindy-Lee (Joe), and Heidi (Gord). She was a proud and loving grandmother of six grandchildren Skylar, Asia (Tyler), Raven (Jesse), Teall, Journey and Piper, and great-grandson Levi.

Her legacy of love, laughter and adventure lives on through her family and friends.

In honour of Erma's memory, donations may be made to Haliburton Hospital Palliative Care Unit—In Memory Program.