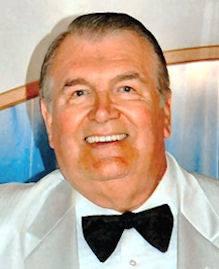 A distinguished member of the RAF, Ed passed away at home on Saturday, June 26, 2021, at the age of 91. Beloved husband to Wanda (nee McCready), he leaves behind his daughter, Juanita (Jason Wootton-Radko) and stepdaughter, Katrine Dukic (Michael Bailey). He was a loving Granddad to Alia, Jade, Kevin, and Eric.

Ed was a tradesman and an entrepreneur, operating his own professional sign-writing business in the GTA. He became a long-term employee of Pearson International Airport. Ed first worked on clearing snow off runways, later joining the Signage Department. He was a valued worker and was eventually promoted to Supervisor of the department.

Ed loved music, especially Latin American tunes, whether listening to records or playing them on the organ. He was a member of an online club and collaborated on a CD of organ music.

Over the years, he had many different creative interests and hobbies, including HAM radio (VE3 INA) and woodworking. An avid reader, he collected books on a wide variety of subjects, a passion that his daughters shared with him.

Ed had the travel bug from a young age. He enjoyed motorcycling and boating on Lake Ontario (both power and sail). Once he retired, he journeyed with Wanda for several years, going on cruises. The Mediterranean cruise they shared with June, John, Agnes, and Wayne was an especially treasured memory.

If desired, memorial donations to the ILC Foundation (for Ehlers-Danlos research) would be appreciated.