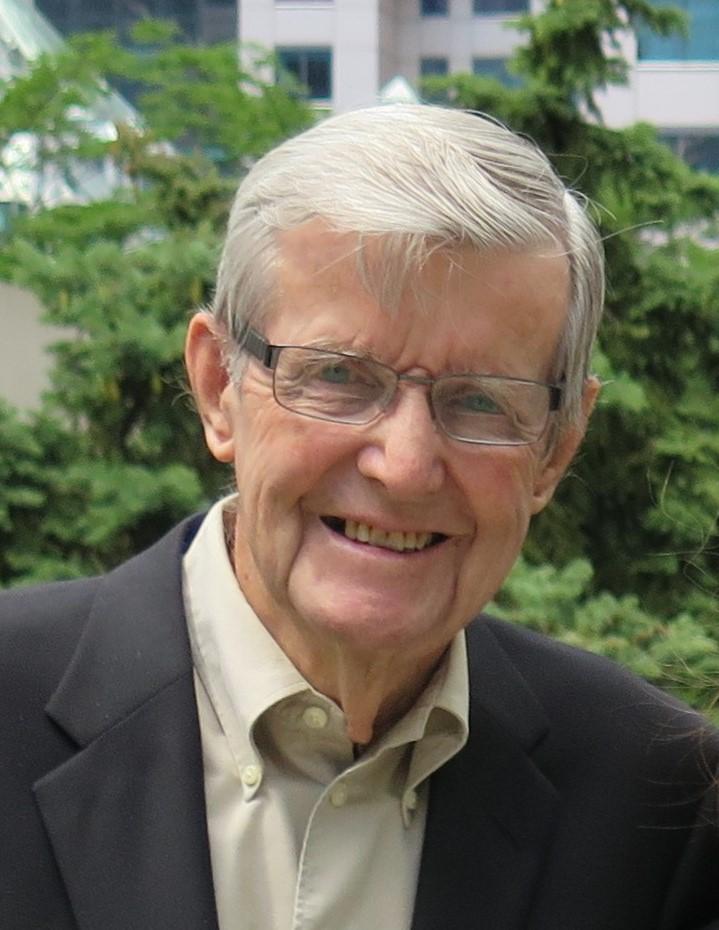 It is with profound sadness that we announce the passing of Douglas Colin Doherty at Ian Anderson House on July 14, 2020, at the age of 89 surrounded by his family. Douglas was a son, brother, nephew, cousin, husband, brother-in-law, father, uncle, great uncle, grandfather and loyal friend to so many over the years. Douglas was predeceased by his older brother William (Bill) in 2015. Douglas leaves behind the love of his life; his wife Ann Marguerite, his daughter Deborah (Luis), his son Drew (Alison) and his proud grandchildren Jennifer, Vanessa, Alexandra and Cameron. Douglas also leaves behind his many nieces and nephews.

Douglas was born in Toronto, the second son of Lillian and William Doherty. The family moved to Aurora, Ontario, where Douglas attended Aurora High School. Douglas most loved to spend his time duck and pheasant hunting with his father and brother Bill, accompanied by their beloved dog Skeeter. Douglas followed both his father and brother to the University of Toronto’s Faculty of Applied Science and Engineering, where he graduated with honours in Civil Engineering in 1952.

Douglas met Ann on a blind date at the Royal Canadian Legion in Willowdale in 1954. They married in 1955 and recently celebrated their 65th wedding anniversary.

Douglas worked for the City of Toronto for more than 35 years, serving as the Director of Engineering and Programming, Director of Public Works and Deputy Public Works Commissioner. He took great pride in his career, his strong work ethic, and his service to the municipality and residents of Toronto.

Douglas was one of many who were integral in the development of Toronto in the 20th century, working as the city engineer during the expansion of the R.C. Harris Water Treatment Plant, the construction of the CN Tower, and Toronto’s water main and storm sewer infrastructure development. He was a proud member of and served in various volunteer positions with the Professional Engineers of Ontario and the American Public Works Association.

In 1989, he assumed the helm of Toronto Hydro as General Manager. During his time leading the organization, he was responsible for implementing the efforts to bury hydro lines across Toronto’s streets. He retired in 1992.

Throughout these years, Douglas loved spending time with his family, and that included the family’s black Labrador, SirSon. This involved summer road trips throughout Ontario and Quebec and spending many summer weekends at the family cottage on Pigeon Lake. Douglas enjoyed his time there fishing, boating and waterskiing. He was a regular golfer, and spent time at the Summit Golf and Country Club, with his friends.

In retirement, he and Ann were so fortunate to spend some of their time traveling. They spent many winters in Glen Lakes, Florida, where Douglas enjoyed his time golfing, playing cards, gardening, and being a very proud grandfather of four.

The Doherty family would like to thank the staff of Ian Anderson House, who provided compassionate and supportive care for Douglas at the end of his life.

Douglas’ legacy lives on every day in his children and grandchildren as they exemplify his commitment to his family, his leadership skills, his humble kindness and his calm guidance.

A private family burial has already taken place. A celebration of Douglas’ life will be planned on a date in the future. In lieu of flowers, the family asks that any donations be made in Douglas’ memory to the Ian Anderson House in Oakville, Ontario - please see link to charity in donations tab. (http://www.ianandersonhouse.com/donate.html).