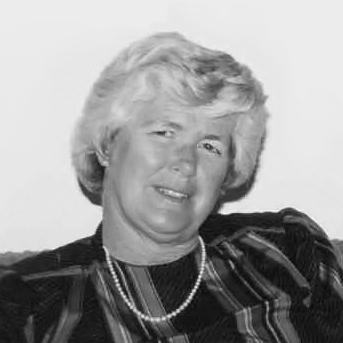 Dossé died Aug. 7 at Belmont House in Toronto, where she lived for many years. She was 93. Born in 1927, Dossé was the 2nd eldest and last surviving of the Ballantyne sisters: Pat, Joan and Burleigh. Dossé grew up in Windsor, ON, Niagara Falls, ON, London, UK, and Toronto. She was predeceased by first husband, Royal Canadian Navy pilot Michael Philips, who died in an aircraft crash soon after they wed in 1950, and Douglas Matthews, who she married in 1954. She is survived by her three children: Llewellyn Matthews (Fiona) of Castlegar, BC, Kevin Matthews (Andrea) of Clarington, ON, Gail McKenna (Barrie) of Ottawa, and grandchildren, Katie Matthews (Matthew Lipinski), Emily MacDonald (Jarret), Matthew McKenna, Morgan McKenna and Amanda Matthews. Dossé was a graduate of Havergal College. She went on to the University of Toronto, where she earned a BA as a well as bachelor and master’s degrees in social work. She had a long career as a social worker at the Children’s Aid Society and the Hospital for Sick Children’s kidney transplant and dialysis unit, as well as volunteer posts at CAS and Bond Street Nursery School. Her true love was spending time in Georgian Bay; summers with her family at Go Home Bay, later building her own cottage at Wah Wah Taysee. She was passionate about animals, of which she raised many, including dogs Puck and Lara, plus a menagerie of rescued ducklings, birds and racoons. She cherished her years at the Matthews family home in Roches Point, ON, where she rode and trained horses, and made maple syrup. Dossé and her family are grateful for the compassionate care of staff and the good friendships she made at Belmont House. In lieu of flowers, please donate to the Kidney Foundation of Canada (www.kidney.akaraisin.com). Post condolences at www.etouch.ca