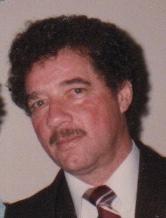 After a well lived and fulfilling life Donald F. Fisher passed peacefully on December 27, 2019 at Hillsdale Terrace Nursing Home. He was born on March 10, 1936 in Pontypool Ontario, he was one of ten children born to parents Stanley and Audrey Fisher (deceased).

He served in the Canadian Military, a proud veteran of the Korean War. He re-entered the regular workforce to establish a successful career in leadership at General Motors Canada where he retired after forty-one-years. He enjoyed his time with family and friends, always welcoming to any who came to his home or sought his support.

He enjoyed music, gardening, card playing, bowling and had a keen interest in birds, including the caring, feeding and observing of their beauty and flight. His interests, hobbies and love of sports were many but his passion for golf was unparalleled. His appreciation for a fine glass of wine and cigar were joyful to watch.

He is survived and will sorely be missed by his loving wife Marlene Fisher with whom he shared thirty five years of marriage, his children Laurie (Rick), David (Colleen) and Jeff (Laura) and his step children Cheryll (Ron), Daniel (Indira), Janine (Mark), Christopher (Nicole) and Neil. He is survived and will be fondly remembered by his grandchildren Eric, Stephanie, Jack, Jennifer, Ryan, Jeff, Jenny, Maranda, Clayton, Brett, Stephen, Jason, Taylor, Mathew, Bradley, Jamie, Brianna and Braedan.

Of his ten siblings and their spouses he is survived by his sister Gerrie Croft (Keith) and sister’s – in – law’s Barb Fisher and Beryl Nicolson. He is predeceased by his siblings Ted, Jean, Dorothy, Walter, Gordon, Stanley, Verna and Kenny. He will be remembered by Elaine Lee (former spouse), his great grandchildren and great- great grandchild, nieces, nephews and his many close friends who shared in his life.

The family would like to thank the staff at Hillsdale Terrace for their care of Don during his time at their facility.

Should you wish to make a donation in Don’s name please contribute to the Society for the Prevention of Cruelty to Animals or the Alzheimer Society of Canada.


In the end, it’s not the years in your life that counts, it’s the life in your years – Abraham Lincoln
Order Flowers
Make a Donation
Help Extend the Memorial
Order a Keepsake Book