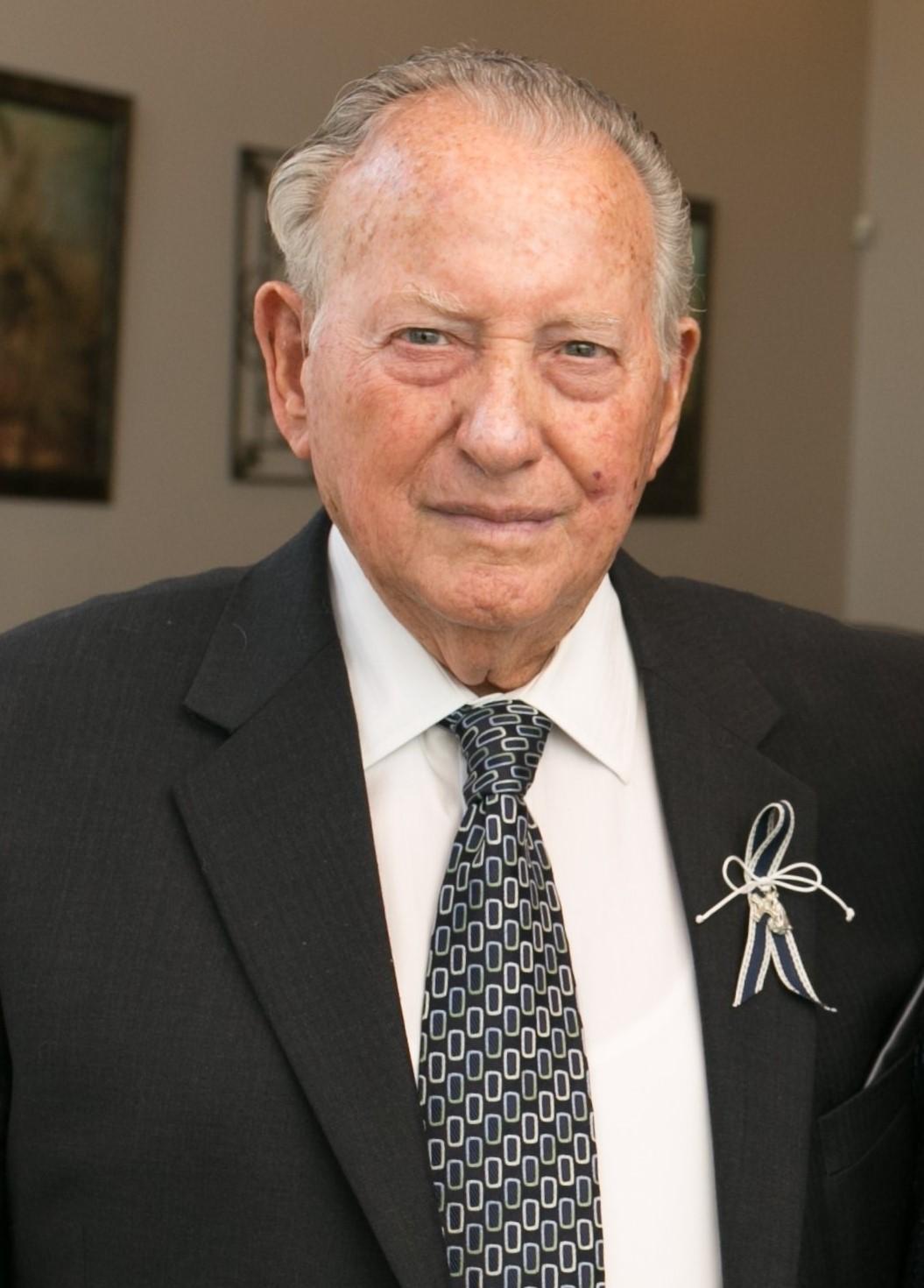 Diamantis (Jim) Alexandris took his last breath peacefully in the early morning of April 27, 2022, with his loving daughters Eva and Gina by his side. Never being apart for long during their wonderful 63 years together, after ten months apart and just 10 days after what would have been their 64th anniversary, Diamantis was ready to join his beloved Christina, as Angels watching over their family from above. His huge smile and joy for life will be truly missed by his entire loving family, including his daughters and sons-in-law, Eva (John), Gina (Nikos); his grandchildren Lee (Tanya), Daniel (Tanya), Yianni; his beautiful great grandchildren Bianca, Ariana, Johnny, Gianpiero; together with many nieces, nephews, koumbari and friends.

With only one blue trunk packed with 2 nice suits – which he had sewn, a coat, his mother’s heavy blankets, shoes and one case of olive oil from his family’s land and $33, Diamantis arrived in Halifax from Patra in February 1958 aboard the Saturnia liner at Pier 21. He then travelled from there by train, to meet his bride-to-be for the very first time at Toronto’s Union Station. His friend in Sparti, Christina’s older brother Panagioti, had invited Diamantis to go to Canada and marry his baby sister – with the two of them never before having met. Diamantis - honourable, confident and ambitious - accepted and off he travelled, with only his mother’s blessings, and hope and faith for a better future, leaving behind his adored mother Evangelia, and his siblings Panagioti (later married to Maria, with their son Elias), Stamatiki (later married to John), John, George (who he would later bring to Canada as well, and introduce to Fotini, who would grow the family to include Louis, Eva and Soula) and many cousins, aunts, uncles and friends in Greece (including his new and much loved in-laws that he had met before he met his bride!).

His stories of the early days in Toronto depict an experience both shared by many immigrants, and unique to him. Not knowing the language, he needed to find work where he could, even if it meant having to leave behind his tailor skills and start learning to be a baker or otherwise. Diamantis (who became “Jimmy” when in Toronto) has shared his stories of walking across Danforth from Broadview to Victoria Park; or up and down Yonge Street, knocking on doors asking for a job, often in tears. While many said “no” to him, he persevered, and those who did give him a chance were never disappointed, as they found in Jimmy a most hard-working, committed and strong individual.

“Don’t worry; be happy”! These were words Diamantis truly lived by – industrious, deeply faithful, always optimistic, he always made sure to both work hard but also that he and his family truly enjoyed life. Impromptu drives and visits to Niagara Falls, Montreal, Owen Sound, throughout Florida, throughout Greece, with laughter, joy, family, friends, song and dance always present. From life as a very young shepherd boy in Laconia, Greece, to starting his own businesses as both a young child and then a tailor in Glykovrisi, Greece and later in Toronto, with Christina (2 separate “Jim’s Variety stores” and Continental Bakery), he built a strong entrepreneurial foundation, with creativity and a desire to be independent and his own boss. His fierce desire for independence and determination stayed with him throughout his days, to the very end.

His third grade education was far from a hindrance to his growth and success; rather, his inability to pursue formal education because of the onset of WWII gave Diamantis a lifelong thirst for learning and growing, always reading on all sorts of topics (until his eyes tired and he could not, but then relishing others reading to him). He learned to appreciate FaceTime and Zoom chats always amazed at what technology could do to keep us connected when physical connection was not possible. He also learned to “fist bump” when handshakes were not possible, a treat especially for his 4 great-grandchildren.

And true to that 3rd grade little boy’s experience, who had been asked by the sole village schoolteacher to help out by leading the lessons for the rest of the little children, Diamantis continued to be a teacher to all his family in so many ways, until his very last breath. Diamantis taught us about dance and music (zeibekika, waltzes, tsamika and xasapika – all but a few steps he would share at any family gathering); about business and believing in yourself (“if I could do it with no formal education and not knowing the language…you can”); about faith (including as an active Council Member of St. John’s Greek Orthodox Church in Scarborough for years and later a regular parishioner of Prophet Elias in Mississauga); about being a good spouse (his advice to all newlyweds: you need “sinenoisie”, ie communication and, the occasional “yes dear”!); about baking (his galaktobouriko and bread were among his specialties); about gardening (his tomatoes and cucumbers were his pride and joy every summer!).

Diamantis role modeled devotion to family, including the many times he would be there for his grandchildren’s care (including taking them to and/or watching their sports activities growing up; bingo and card games; visits to the bowling alley); his cooking for his daughters and their families; and through his constant care of and attention to Christina when she became ill. He did what he did without complaint, and in fact with much joy – it’s just what he did and who he was. His family and friends, in Toronto, Florida and Greece, all quietly watched and learned from him the many life lessons he offered.

His courage and strength the last two years, when his health began to decline, cannot be overstated. As his grandchildren will say – he was a warrior and a legend. His love and joy carried on always, and we are blessed to have experienced one more final special Easter with him recently. The family extends heartfelt thanks for the dignity, care and attention offered to Diamantis, especially by Vasiliki, Milcah, Dr. Michael Bazos, Dr. Haq, Nurse Pooneh, many wonderful nurses and PSW’s through SRT, and for the care and support of Mary Lou Fulton from the Dorothy Ley Hospice.

In lieu of flowers, the family invites donations to an organization of choice in dad’s memory, or to the Dorothy Ley Hospice.

Pine Hills Cemetery & Funeral Centre
625 Birchmount Road, Toronto, ON, CANADA, M1K 1R1 Get Directions
Tuesday, 3 May 2022 11:15 AM
Info: Burial time is an estimation. This will occur after the funeral service at Church. Section: 28
Make a Donation
Help Extend the Memorial
Order a Keepsake Book