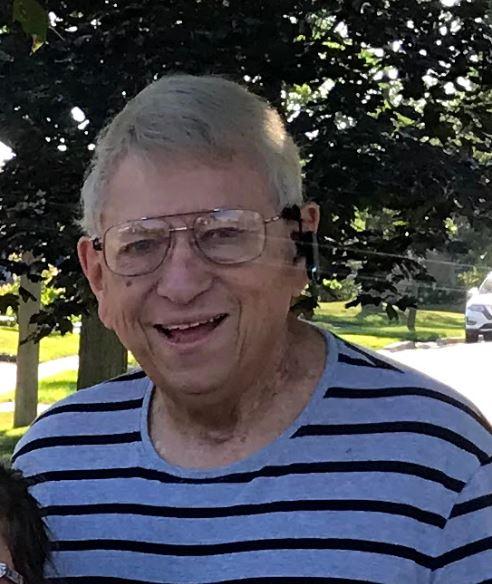 Dennis Joseph Krzewski, loving husband, father and grandfather was taken from us too soon at the young age of 73.

Dennis was born July 29th, 1947 in Kitchener Ontario to Joseph & Gladys Krzewski as their only child. The family later moved to Pembroke Ontario, where Dennis grew up and enjoyed life on the Ottawa River.
Dennis had many passions including playing piano & saxophone, he played in a band in his younger years, he loved rock & roll music, riding his motorcycle and classic cars.

Dennis moved to Toronto and met the love of his life Colleen, while in Toronto he developed a love of technology & gadgets. These interests led him to run a successful business selling the first car phones that came to the market and having all the latest tech. Dennis then went on to be a successful real estate agent, enough that his two children and daughter-in-law have followed in his footsteps.

They bought their forever home on Portico Drive in Scarborough where they raised their family over the past four decades. Living on the same street as both of his children has allowed him to enjoy all of his grandkids and be a part of the tight knit family community that he built. Dennis loved to travel and enjoyed partying in Las Vegas in his early years and later in the Caribbean Islands and Florida with his loving wife, kids and grandkids.

Spending time with his family at the cottage teaching his children and then grandchildren to fish, boat, water ski, downhill ski, skidoo, seadoo and all of his other favorite past times. He enjoyed life to the fullest. Dennis was a very active dad & grandfather and was always coming up with something new and exciting to do.

Even in times of sadness Dennis always had a positive outlook on everything, his smile and connections he made with everyone were genuine and anyone who crossed his path remembers him. We are now all missing a huge piece of our daily life.

Dennis will be dearly missed by his loving wife of 45 years Colleen Krzewski and his 2 children Christine and Daniel, his son-in-law Brady and daughter-in-law Heather and his 8 grandchildren Spencer, Emmett, Kayleigh, Charles, Henry, Claire, Cadence & Cara whom were the light of his life.

In lieu of flowers, please make a donation in Dennis Krzewski’s names to the Odette Cancer Centre at Sunnybrook Hospital Foundation here https://donate.sunnybrook.ca/tribute.