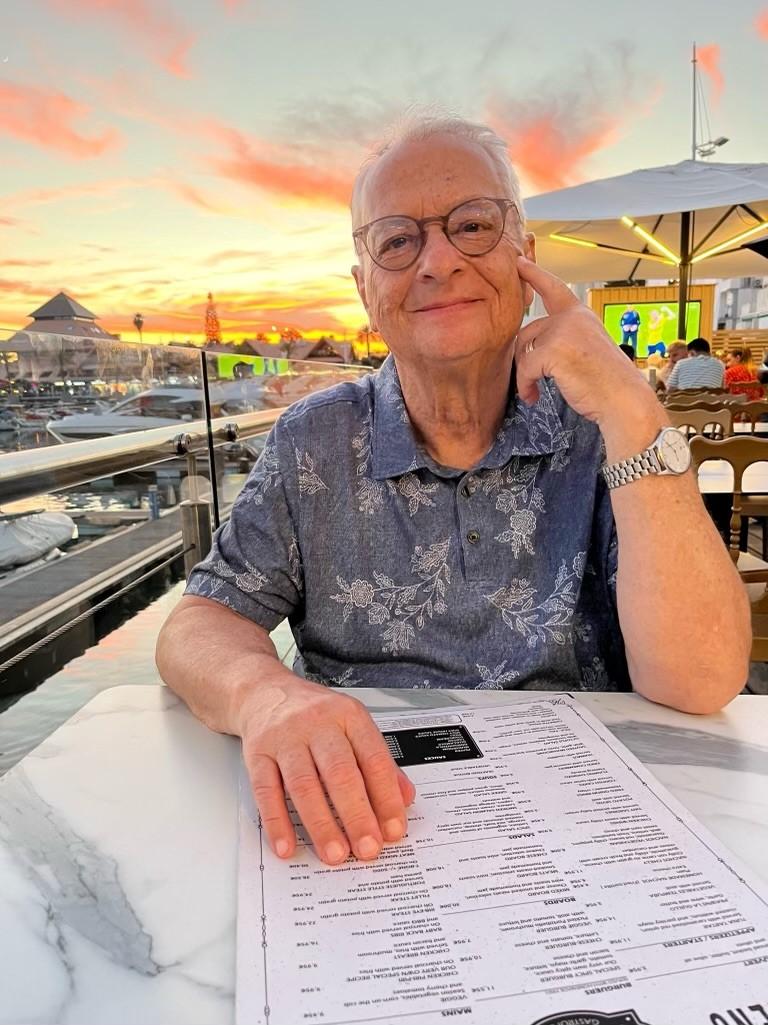 Cornel, our one and only, beloved husband, father, and grandfather, left us suddenly while on a long-awaited vacation in Portugal. He passed away peacefully in his sleep after a fun-filled day, with his wife Monica by his side. It was a union of 47 years, not lacking in challenges but overwhelmingly a loving and true connection with children and grandchildren at its centre.
Cornel was born in Bucharest, Romania in 1947, to parents Bella and Iser Bandel, and older brother Beni. He studied piano at the School of Music #2 in Bucharest, and majored in Germanic languages through his university years. While writing his dissertation on Oscar Wilde, he related to one of his famous witticisms “I can resist anything except temptation”, which immediately became Cornel’s motto in life. Temptation was indeed hard for him to resist, whether it was a fine scotch, an indulgent dessert, or going on a spur of the moment trip.
In 1978, Cornel and Monica moved to Israel together with their parents. Soon after, they welcomed their beautiful daughters, Edith and Doreen, and completed their little family. The fierce-four Bandels came to Canada in 1986, with high hopes for a bright future, but also with sadness for leaving behind parents, siblings, cousins, and dozens of friends.
Life in Canada presented many struggles, but Cornel always found the energy and love to be an active and engaged father. He also took a lot of pride in his professional achievements as a 30 year employee of Scotiabank. His dedication, loyalty, hard work, and ambition paid off as he watched his family flourish and thrive in Canada.
Cornel was his daughters’ biggest supporter, cheering them on as they grew up, studied, and started careers and families of their own. He welcomed son-in-law Paul and daughter-in-law Lois with open arms, and really found his stride when he became Dudu to his first grandson, Nathan. With grandkids Noah and Alexandra joining over the following years, Cornel relished in his retirement and a variety of Dudu duties.
Cornel loved his family and friends deeply. He gave every ounce of energy and affection to the people he loved, and he was loved back. He leaves us with memories of kindness, generosity, and a true belief in the harmony of nature.

The family will be holding a grave-side funeral, details are below, and asks that donations in lieu of flowers be made in Cornel’s memory to the Schulich Heart Centre at Sunnybrook Hospital.

The family also invites you to pay condolences at Monica & Cornel’s home. Doors will be open on Tuesday and Wednesday from 4-6pm. As a COVID precaution they request that visitors please coordinate in advance with Edie (ediebandell@gmail.com) or Doreen (dbuksner@gmail.com), wear a mask, and stay for 15-20 minutes in order to accommodate everyone.