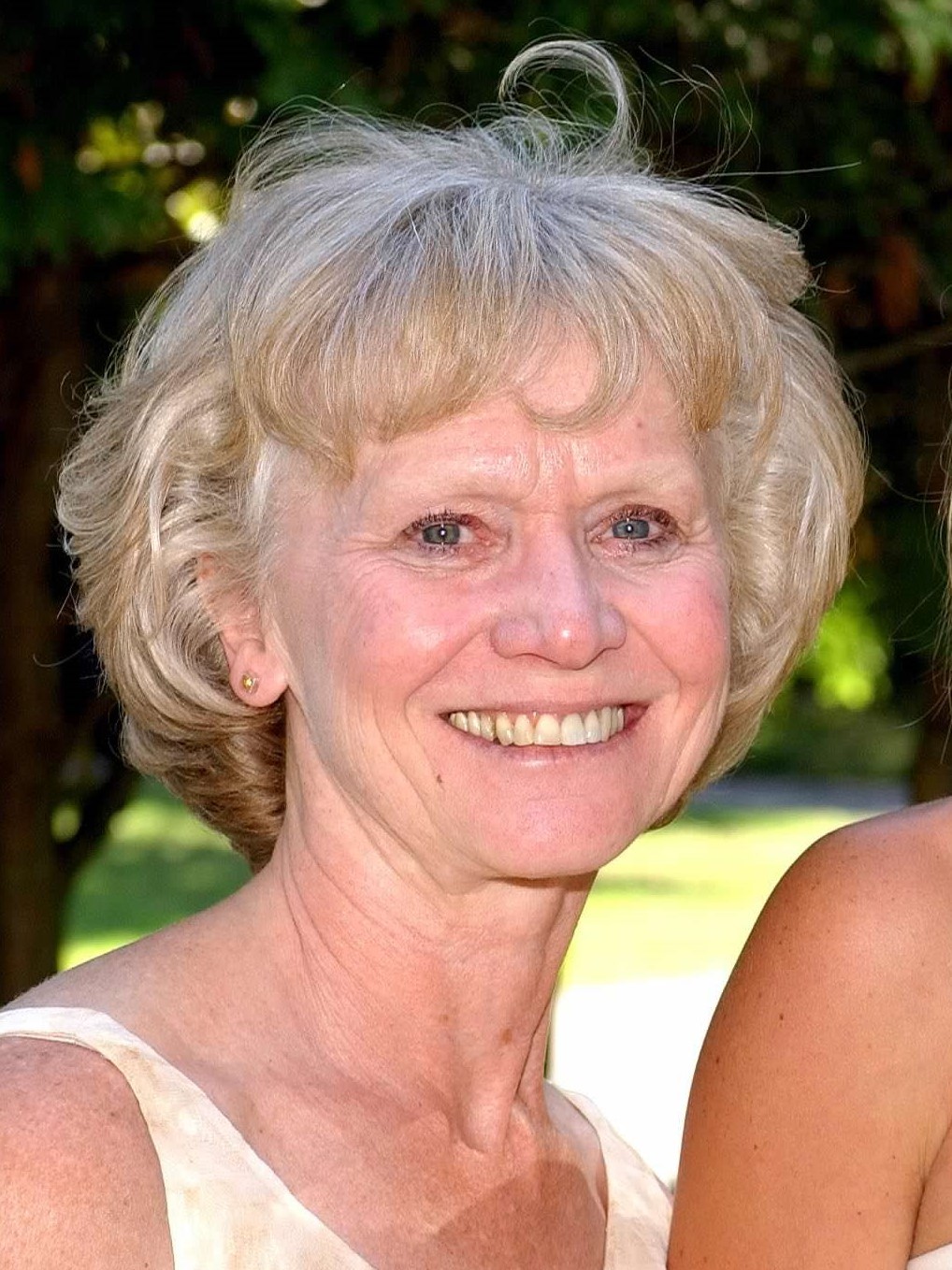 We are devastated to share that we lost our cherished wife, mother, sister, aunt, and grandmother on Thursday January 12, 2023, due to complications from Lewy Body Dementia.

Survived by her husband of nearly 55 years, Ronald; her loving children Jason (Janet) and Heather (Bryan); treasured grandchildren Ethan, Maya, Owen, and Cameron; and brothers Ron (Brenda) Earl of Kingston and Don (Joy) Earl of Oakville. Constance is predeceased by her parents Clifford and Dorothy Earl (Sands) of Kingston.

Born and raised in Kingston, Constance grew up in a household devoted to faith and following the family’s playing and coaching commitments at local baseball diamonds and hockey rinks. These deep roots supported a lifelong love of sports and a fundamental desire to serve others through volunteering.

Connie & Ron moved to Ottawa in the early 70’s to raise their family. Constance’s greatest joy was her family, and her passion was giving back to her community. A pioneer in personal fitness, Constance was a trailblazer in making fitness accessible through the community group fitness classes she taught (think Jane Fonda leg warmers meets Peloton-style motivational banter set to an ABBA infused dance party mixed tape in school gyms and community centers). In the 80’s Constance started volunteering at the National Capital YMCA-YWCA which provided an outlet for her enthusiasm for fitness and her dedication to uplifting people.

Constance eventually started to work for the ‘Y’ where she progressed through various fitness and people focused roles before landing in facility management steering the Corel Centre and the Carlingwood Y’s
With Ron’s retirement in 2003, came a move Constance was keen to make to Toronto to be closer to family & beloved grandchildren. Ron & Con settled in the Beach, where she loved supporting local businesses. Con took daily walks along Queen Street and the boardwalk where she was quick to say hello to neighbors and strangers alike. Constance quickly found an opportunity to help underserved kids at the Regent Park Kiwanis Boys & Girls Club and spent her last work chapter at the Teresa Group, where she was the volunteer coordinator and passionately managed the Mane Event (a hair styling inspired fundraiser) and the Festive Holiday party, both of which brought her such joy.

Constance’s life in Ottawa was one giant aerobic work-out. She loved her weekly runs along the Rideau canal, relishing the time spent out-of-doors, huffing-and-puffing in the frigid winter air while chatting with her treasured friends. An annual trip with longtime Y friends, dubbed the Sisters-By-Choice, to Isla Mujeres Mexico warmed her soul.

A long-time volunteer for the Heart & Stroke Foundation, the National Capital Marathon, and Canadian Cancer Society, Constance continued her legacy of service in Toronto by volunteering on the Beaches Recreation Centre board where she helped manage the annual Beaches Spring Sprint 5K Fun Run
Constance’s mantra was ‘don’t sweat the small stuff…everything is small stuff’. Her energy was boundless and her dedication to giving back inspiring. This world has lost a tireless supporter of the underdog, a dedicated and patient helper of those in need and the fiercest defender of everyone in her corner. Constance’s dedication to her family was never more apparent than when she ventured to her grandchildren’s sporting events, taking subway to streetcar to bus to arrive to far flung arenas, baseball diamonds or track events.

Constance liked her comedy clean, her movies romantic, her audio playlist spinning Leonard Cohen and the Eagles, her sun safe and her high-impact aerobics beats pumping at >120 BMP.

Cremation has taken place and a private family internment will be held at a later date.

A celebration of Constance’s life will be held on Thursday January 26, 2023, at Mount Pleasant Funeral Centre, 375 Mount Pleasant Road, Toronto. There will be a short service at 2pm followed by a reception. Constance would remind you that life is short, and advise you to take every opportunity to hug the people closest to you