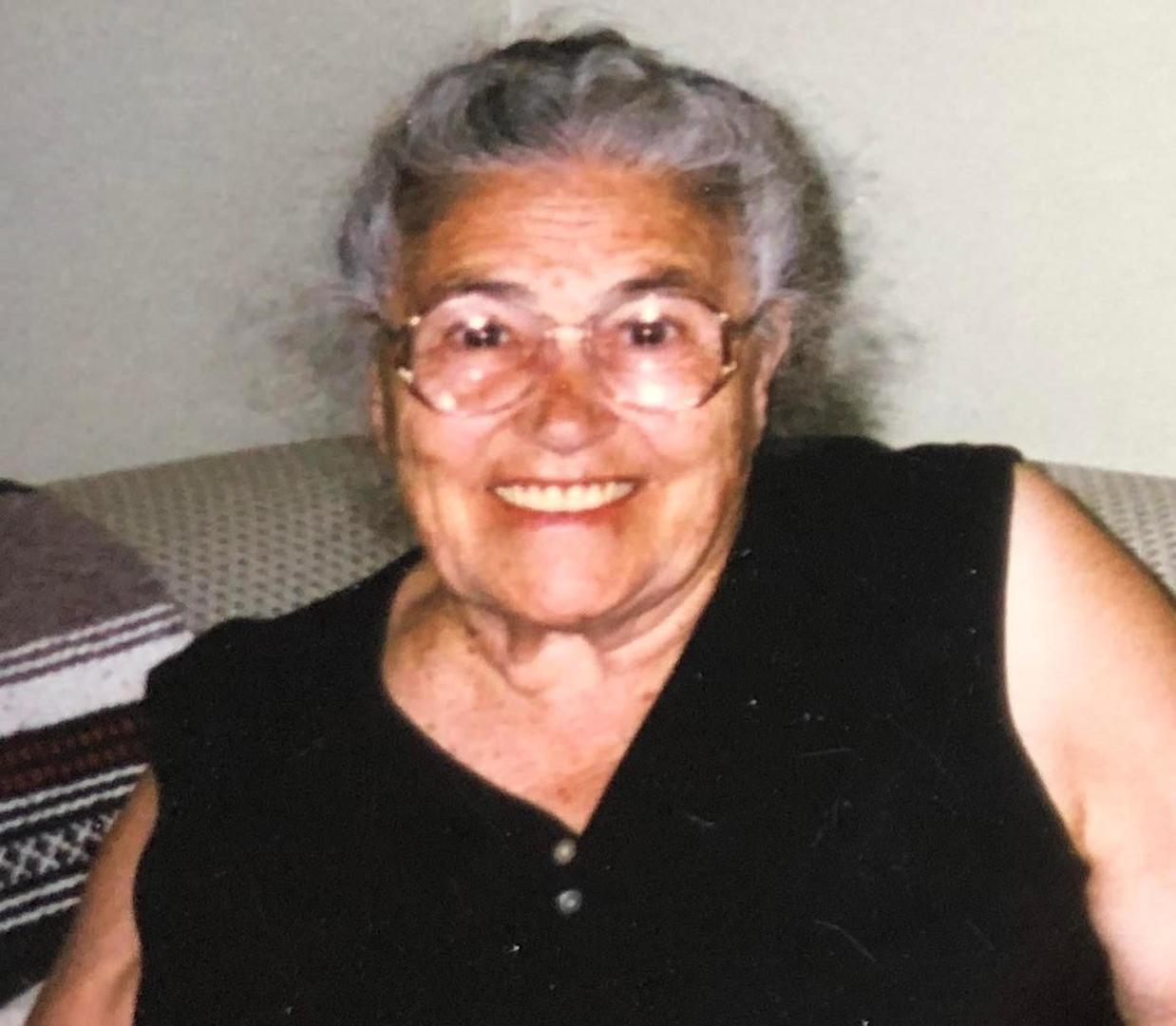 Caterina Martone née Angrisani, 97, passed away at Scarborough General Hospital on February 11th, 2020 surrounded by her loving family. She was born on May 31st, 1922, in the charming southern Italian town of Bella, Potenza, Italy. Caterina was born the third daughter of Vito Angrisani and Lucia Masiello. She is predeceased by her siblings: Donata, Maria, Carmela and Rocco. Caterina met her caro Antonio in their shared hometown and they married in 1948. In 1959, Caterina and Antonio emigrated to Toronto to build a better life with their four children: Donato (deceased), Carmela, Vito and Luciano. They settled near the Danforth and had two more children, Luigi and Stella. A beloved mother-in-law to Lori, Lina and Mark. An adoring grandmother to: David (Jenny), Melissa, Joseph, Christina (Kevin) Christopher, Danielle (Johnathan), Jonathan, Caterina and Carson. A cherished great grandmother: to Meghan, William, Marah and Meadow.

Caterina, equipped with little formal education was able to build an accomplished and meaningful life. A published writer, talented seamstress, wonderful cook and a matriarch to all who knew her; Caterina’s impact on her family and community will always be remembered.

In lieu of flowers, please make a donation to the Alzheimer's Society or World Vision- buy a goat- Ma would have loved that!