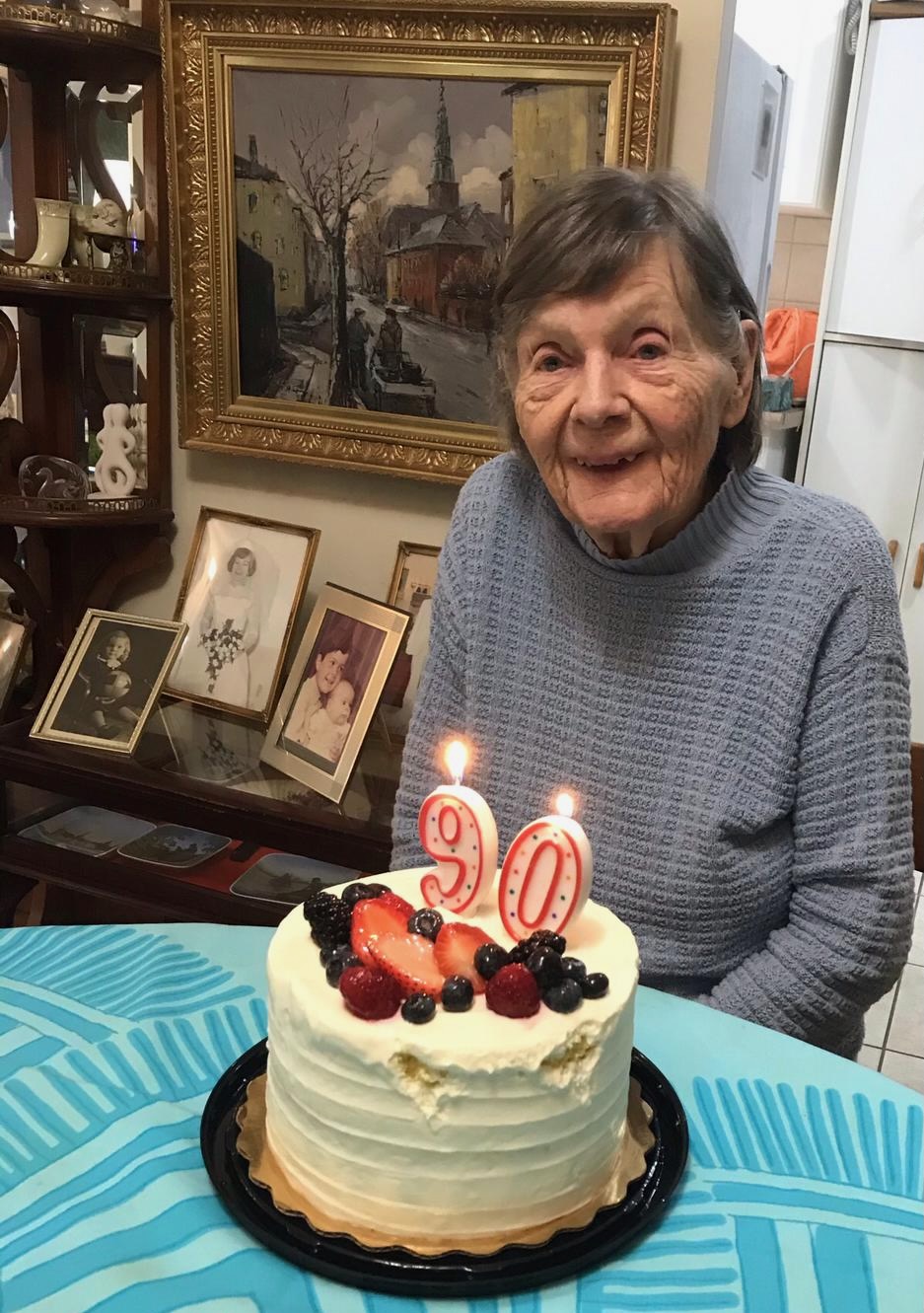 Carla Else Perris passed away peacefully on September 16th, 2022 at age 90.

On November 16, 1931, Carla Else Hesselberg was born in Copenhagen Denmark, the first of three children to Carl and Martha Hesselberg. She was somewhat of a tomboy, involved in sports, and showed a level of independence uncommon for girls at the time – and yet, a sign of things to come.

By her late teenage years, she moved to London as an au pair, and then back across the English Channel to Paris, where she studied at the American University of Paris. That was the closest she ever came to moving back to Denmark for any significant length of time. She continued to travel, including a trip to Northern Africa, capturing the attention of the Danish newspapers given the novelty at the time of a woman backpacking beyond Europe.

Those itches to travel did not fade, and by the mid 1950s, Carla was on a boat across the Atlantic, intrigued by the opportunity to see more of the English-speaking world. She settled in Toronto and lived much of her single life in the City’s Annex neighbourhood. Initially Toronto was another way station as Carla was intent on crossing the Pacific with India in her sights. Although this journey never happened, she would have joked that the consolation was meeting an Indian man by the name of Gregory Perris whom she would soon marry. Greg was well known in the Anglo-Indian community, and Carla was adopted as a member without reservation.

Carla and Greg had their firstborn Mark (1970), and then Kirk (1975). The Perris household, whether in Brampton (west of Toronto) or later in Kingston, was often characterized as lively – stays by overseas visitors and lunch or dinner parties with friends and family, near and far. The move from Brampton to Kingston was a time of rejuvenation for Carla as she reached the mid-point of her life. The Danish Community in Kingston was large, and very social. Greg was instantly accepted by the Danes in Kingston in the same fashion as Carla was by the Anglo-Indians in Toronto.

With Greg’s passing in 1996, Carla moved into a new phase of her life and found companionship with other widowed women. She would travel, find new social groups, or re-connect with old ones. Trips included Hong Kong and Beijing, Japan, Hawaii, and countless trips to Europe. The jaunts to Europe usually included a trip to Paris or Milan to see her sister, Johanne, who now resides in Copenhagen. Johanne’s oldest son, and cousin to Mark and Kirk, lives in Toronto with his wife and son.

As Carla neared her 80th birthday, she was drawn back to Toronto where so much of her single adult life was lived. She moved into downtown Toronto, across the street from St. Basil’s Catholic Church, the venue where she was married to Greg in 1965, and where Mark and Kirk were baptized.

Carla was also very fond of Kirk’s wife, Greta – sharing personality traits of being unreservedly independent, feisty, and embracing their European roots as immutable parts of their identity. Farmor (father’s mother in Danish), as Carla was known to her two grandson’s, Tomas and Noah, were worth their weight in gold to her. Together they enjoyed playing cards and eating sweets. Lots of sweets.

In Carla’s later years, she was ailed by sight, hearing, and cognitive issues. In many respects, old age was not too kind to her. Reaching the age of 90 was in large part to the credit of her son, Mark, whose unwavering efforts ensured Carla was well looked after on many levels.

In the last few weeks of her life, spent at Toronto General Hospital, Carla was fortunate to have been under the care of Dr Shaifee, and his medical team of doctors and nurses. Their compassion, on-going presence, and efforts to answer questions were a comfort to her sons during her final days. Mark and Kirk have since received tremendous support, thoughts and prayers from friends and family around the World.

Throughout her life, Carla personified tolerance, acceptance, and an innate curiosity about the World. For all those Carla knew, she will be remembered as someone open-minded, kind, and a zest to live life to the fullest. She will be missed by all who knew her. Vi Elsker dig.

Given there have been a few inquiries, we include a link for donations in Carla’s memory toward the Heart & Stroke Foundation (https://bit.ly/3Uv0u1E).