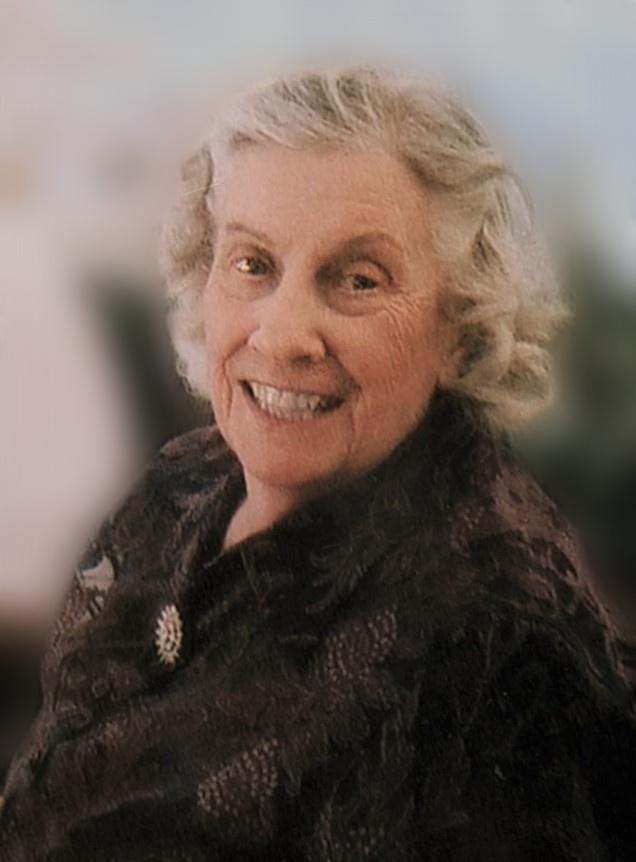 Brenda Florence (Read) Gough was born March 25 1919 in Saltburn, North Yorkshire, England. She died December 8 2019 in Ontario, Canada at 100 years old. Brenda served with the British Royal Air Force during the Second World War as a hairdresser on a base in Dover, Kent, Southeast England. She met her husband Herbert there during his work as a firefighter with the Royal Canadian Air Force and immigrated to his home country of Canada after the war. After immigrating, Brenda had two sons (Victor and John) and enjoyed a full life of trips, gardening, attending her local Anglican church, The Church of the Transfiguration, and spending time with her family.

She is predeceased by her parents Florence Grace Truttman and Joseph Read, brothers Victor and Douglas, sister Doris, and husband Herbert Gough. She is survived by her sons Victor and John, and her grandchildren Iris, Pamela, Hilary, Evan, and Bruce. Visitation (11AM-12PM), funeral (12PM-1PM), interment (1:15PM), and reception (2PM-4PM) will be held at Pine Hills Cemetery & Funeral Centre, Toronto, ON.

“The journey doesn’t end here. Death is just another path, one that we all must take.”
– JRR Tolkien