The portion of Bora Dragasevich memorial that you are trying to access requires an extension in order to become active again. Would you like to contribute to the memorial?s extension? 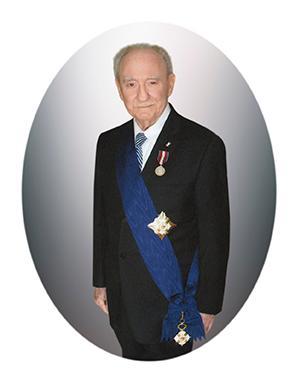 After years of struggling heroically with many health issues Bora Dragasevich passed away peacefully at Baycrest Hospital surrounded by his loved ones.

Born in Serbia 95 years ago, he was grateful to make Canada his new home after the turbulent years of war in Europe. A true Renaissance man with interests spanning many topics, his impact was felt far and wide throughout the Serbian community in Canada and even in Serbia. His working career was spent as a mechanical technologist with Ontario Hydro.

Bora had an exceptional love of life, boundless energy, a keen intellect, generous spirit, sharp wit and a positive outlook. He loved his Serbian Orthodox Church and faith and had a fervent passion for Serbia and his Serbian heritage which he actively promoted in broadcast and print media. In Canada he contributed to the development of its multicultural policies in the 1970s and beyond. Greatly respected for his selfless work, he was instrumental in many noble initiatives including the Tesla monument in Niagara Falls and was the proud recipient of the Royal Order of the Crown with Great Cross, First Degree from HRH Prince Aleksandar of Serbia and the Queen’s Diamond Jubilee Medal from Canada.

Beloved husband of Diane Draga, inspiring father to John (Maureen), George, Vera (Jim) and Doug (Debbie); devoted grandfather to Erin (Andrew), Mark, Shannon, Lara, Claudia, Megan and Jadyn; loving great-grandfather to Lauren; dearest uncle to nephews Dragi and Bora Zekavica. The cottage that Bora built for his family 60 years ago continues to be a place of lasting, cherished memories. The Serbian Orthodox traditions he taught his children have sustained their connection to the heritage of their forefathers. As a father, he was proud of the achievements of all his children and grandchildren.

Many have called “chika” Bora “a legend in his time”. There is no doubt his exemplary life is one to be celebrated. He left an indelible mark and will be greatly missed by his devoted wife, his family, friends and many in the broader Serbian community. Rest in peace in God’s loving embrace, dearest Bora. You fought the good fight to your final breath. Your legacy lives on! May your memory be eternal.

It is with great sadness that I write this. I am also mindful that Bora lived a full life, achieved a great deal, and that he leaves a great legacy. We all know that Bora was a great public speaker. Another great public speaker, one that Bora often reminded me of, Winston Churchill, once said: "courage is what it takes to stand up and speak .... courage is also what it takes to sit down and listen." In all of my interactions with Bora, I learned that he could do both equally well. I once sat in a board room with Bora and about 20 other people, including 8 or 9 of very good lawyers. When Bora spoke, there was a hush in the room. Bora was better than any lawyer in the room, including me. May he rest in eternal peace. вечнаја памјат.

May his soul abide with the righteous!
Memory Eternal!

To Draga and family, please accept our heartfelt saučešće from myself and my mother for Bora's passing. He gave so much of his time and energy to supporting his fellow Serbs, a true pillar of the Serbian community in Toronto and Canada. Vječnaja Pamjat.

John and Maureen we are so sorry for your loss. He sounds like a wonderful man. Know we are thinking of you all during this difficult time.

So sorry to hear of your loss. He was a fine man and contributed greatly to the Serbian Community. Draga, in 1953 you were my flower girl in Windsor. Again my sincere condolences. He left a fine legacy. Memory Eternal, Milica Miladinovich-Mandic, Long Beach, CA 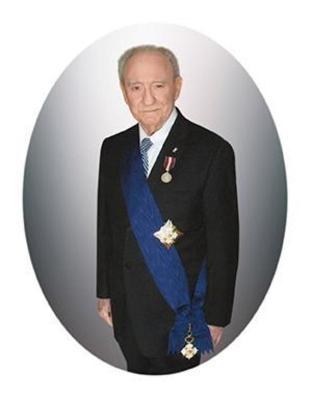