The portion of Astrida Gemsts-Kruze memorial that you are trying to access requires an extension in order to become active again. Would you like to contribute to the memorial?s extension? 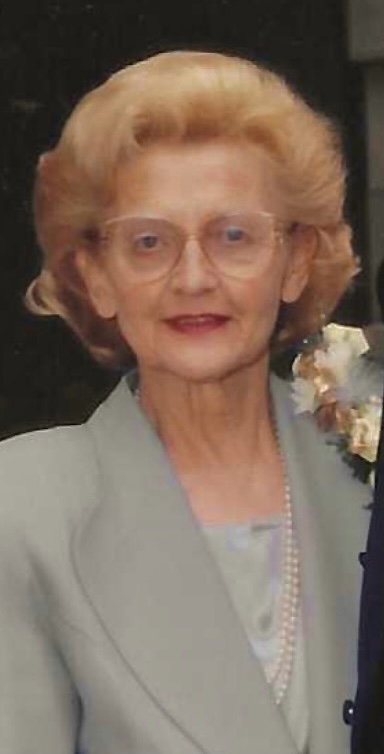 Astrida Ilona Gemsts-Kruze passed away peacefully with her family by her side, at the age of 93, on July 5th, 2021. She will be forever cherished, loved and missed by her son Gary Kruze, daughter-in-law Teresa and her two late sons, Ronald Kruze (1998) and Martin Arnold Kruze (1997). She will be dearly missed by Nanette Watjen (Kruze), goddaughter Linda Berzins, Ingrida, Janis and Liva Zemitis, the Mashin family, Inga Jēruma, Ulrika Plotniece, and Emils Rupais.

Astrida was born in Riga, Latvia on March 11, 1928. After surviving WWII, she immigrated to Canada with two girlfriends. She settled in St. Catherines, worked as a nurse, married, and became the mother of three boys that she loved and adored very much. Summer trips to Muskoka, Prince Edward Island and Cape Cod provided many happy memories for the family and their winters were spent at home on Saturday nights watching Hockey Night in Canada. "Sports" were very important in their home and when Mama wasn’t sitting in arenas cheering for her sons and their teams, she would be making her legendary spaghetti sauce to give them the strength they would need to excel in hockey and basketball.

Tragedy struck in 1997-1998 when Astrida lost two sons, Martin Arnold Kruze and Ron Kruze within six months of each other. Devastated, she found strength in her religion and continued to work with the Women’s Auxiliary (Damas Komiteja) of St. Andrew’s Ev. Lutheran Latvian Church. Her interaction and friendships with the women helped her in her later years and her work as Treasurer with the group gave her motivation and purpose.

The family wishes to acknowledge and thank Lydia Habla for her wonderful help and compassionate caregiving over the years, along with the staff of the Palliative Care unit at Bridgepoint and the Houses of Providence who made Astrida’s life comfortable to the end.

A Celebration of Life and interment will take place at 11a.m. on Monday, July 12th, 2021, but due to Covid Safety Protocols, the funeral and visitation will be by invitation only. In lieu of flowers, if people wish, donations may be made to our family charity, Abuse Hurts: www.abusehurts.ca.

Astrida is resting now with her beloved family, safe in God's arms, where there is no more sadness and grief, just endless light, joy and peace.

Please accept our sincere condolences on the passing of your Mom. I only met her once at the Fabric Fair and could tell how proud she was of you. You, Teresa and your family are in our prayers. Carmen and Mark

You were my friend and mother-in-law for 47 years, even after Ron passed away. Through all our shared laughter and tears, you were the best mother-in-law. So many memories. Love you, Nan

Words cannot convey the pain a family endures with the passing of a Loved one - and it has been said mothers are special in our lives.
The Kruze family has endured loss beyond what anyone would consider normal, yet Gary and Teresa have somehow managed to cope with life's most painful realities, both as individuals, and as a couple. They consistently display resilience and a rare inner strength, which can only be the result of Love - for family, and for one an other.
I extend my family's sincerest condolences.
Ray, Denise, De, Bill and Oksana