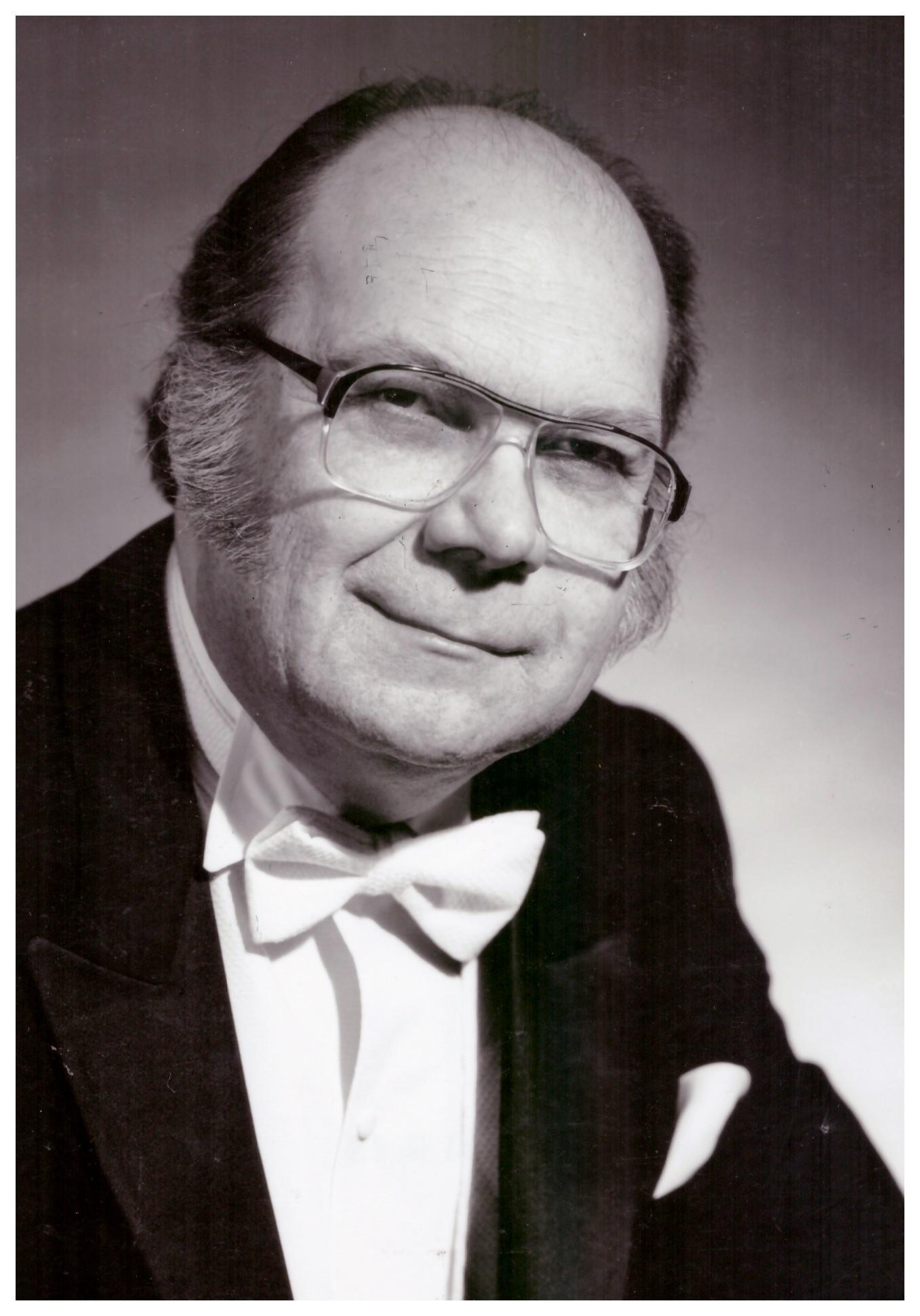 Choir and orchestra conductor, composer, writer, and music critic – was born in Mengele, Latvia in 1926 to Krisjanis and Marija (born Lapins) Purvs. At the age of eight, he began to study the violin in Riga, later taking an interest in music theory and conducting. He was a boy chorister in the Latvian Youth Red Cross Choir.

After World War II disrupted his life in Latvia, Purvs moved to Germany, where he lived for two years and played the violin in the Latvian Opera Orchestra led by Bruno Skulte (1908-1976) in Oldenbury, Germany. He moved from Germany to England, where he lived from 1948 to 1956.

In addition to playing the viola in the Leicester Symphony Orchestra, Purvs conducted the Daugavas Vanagi choir in Leicester, where he met his future wife Marija Falkenburgs, who sang in the choir. They were married in 1952 and had one daughter, Arija.

Following the family’s immigration to Canada in 1956, Purvs continued his studies by correspondence at a school in Chicago, Illinois, where he received a Drafting and Design Diploma in 1962. He then began his work as a tool and machine designer at ALCAN in Toronto, Ontario, where he worked from 1963 to 1990.

Since he arrived in Canada, Purvs has been a leading force in the Latvian Canadian music community. In 1958, he took over the leadership of the choir of St. Andrew’s Latvian Lutheran Church in Toronto from composer Talivalds Kenins, who became his long-life best friend. He was Music Director there from 1958 to 2009. He was also the conductor of the Toronto Latvian Baptist Choir from 1956 to 1986 and participated as a conductor at the annual singing gatherings of the Latvian Baptist Choirs of America.

In 1974, Purvs took over the conductorship of his third choir, the Latvian Daugavas Vanagi women’s choir Zile, and was its conductor until 2007. The choir gave annual concerts in Toronto and toured the USA, Sweden, and Germany. In 1992, they went on a concert tour to Latvian, which included a concert in the University of Latvia’s Great Hall.

Purvs was the most sought-after conductor of 37 Latvian Song Festivals in Canada (Toronto, Hamilton, Vancouver), the USA (Boston, Chicago, Cleveland, Los Angeles, Milwaukee, Seattle), Australia, and Europe. He led orchestras composed of members from many of these cities philharmonic orchestras and conducted massed choirs up to 1,000 voices.

Purvs also conducted at Latvian Song Festivals in Sweden, Germany, Australia, Latvia, and England, including a concert in Royal Albert Hall in London, England. Highlights of his conducting career include appearances at the XX Latvian National Song Festival in Riga, Latvia in 1990, where he led a massed choir of over 10,000 voices in an open-air concert.

Purvs received the Order of the Three Stars from the Latvian government in 1997, the highest civilian order awarded for meritorious service to Latvia. In 2016, he received a Letter of Recognition from the Latvian Cultural Minister Dace Melbarde. In addition, he has received recognition from the Ontario Ministry of Citizenship and Culture (Volunteer Award), and music awards from The Arts Foundation of The World Federation of Free Latvians in 1977 and 2011.

Purvs has been an active writer in the Latvian periodical Latvijas Muzika (Latvian Music) and was music correspondent for the Latvian newspapers Latvija Amerika and Laiks. He also sat on the Latvian National Opera Fund Board of Directors. He edited two collections of choral songs: Zelta rasa (Golden Dew) in 1960 and Dievam pieder zeme (God Owns the Earth) in 1974.

Purvs wrote and published a book of memoirs called Pa skanoso vasaru (My Musical Summers). His compositions include seven cantatas for choir and orchestra, as well as many songs and folk song arrangements for choirs. The cantatas have been issued in both DVD and CD formats. In 1991, the Toronto Mendelssohn Choir performed his cantata Pret gaismu (Toward the Light) in a concert at Roy Thomson Hall, conducted by Elmer Isler.

Purvs’ hobbies included travel, and he frequently attended international music festivals in Bayreuth, Germany; Salzburg, Austria; and Verona, Italy. He spent his summers at his cottage on Mississauga Lake in the Ontario Kawarthas.

Funeral service to be held at York Funeral Centre on Wednesday, January 11th 2023.