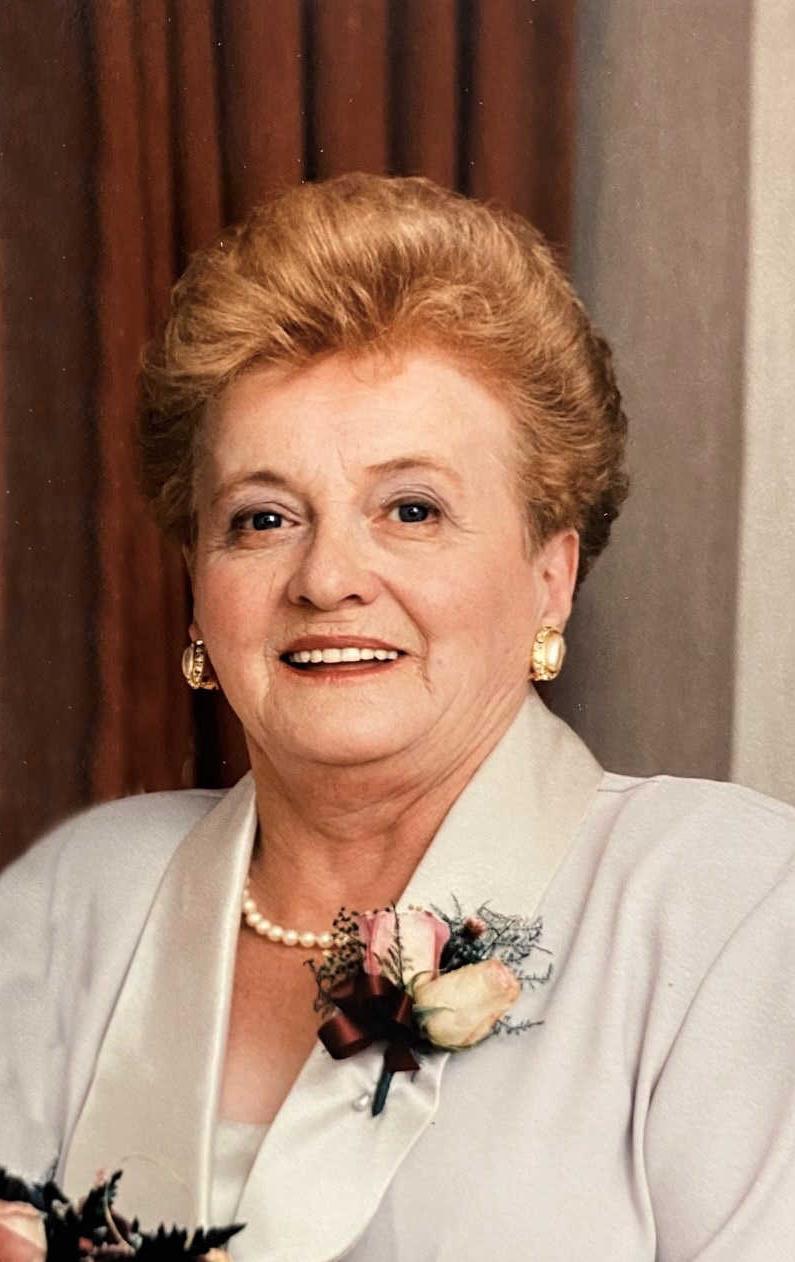 It is with heavy hearts we announce the passing of our family matriarch, Anne (Annie) Cairns, on Monday October 18, 2021. Anne was preceded in death by her husband, John Cairns, her son John Cairns Jr., her father Edward (Ned), her mother Maggie, and her sisters Peggy, Mary and Bridie. She is survived and will be deeply missed by her children; Robert (Colleen), Margaret, Cathy (Bob), Rosemary, Colin (Sheila), Joanne (Trevor).
Lovingly remembered by her grandchildren; Anthony (Mandy), Brian (Emily), John (Laura), Paul, Michelle, Michael (Erin), Andrew, Anne, Shannon, Chris, Jeff, Matt and Heather. Anne was also the beloved great nanny to her eleven great grandchildren; Braedon, Cameron, Colton, Avelynn, Brody, Madison, Jack, Tait, Owen, Lachlan and Annabelle.
Born in Kincasslagh, County Donegal, Ireland, she was the youngest of four daughters and experienced loss of loved ones at a young age, losing her mother and a sister before the age of sixteen. Anne emigrated from her homeland to Glasgow, Scotland to remain close to her now predeceased sisters, Mary and Bridie. As a young adult, she worked as a tram car conductor, where she met her husband, John Cairns, and the legacy she leaves behind today soon began.

She became a mother, and continued to expand her family based on a foundation of love, faith and family, all values she lived by. John and Anne immigrated to Canada in 1967 with their then family of six children, which soon grew to seven, raised with an incredibly strong bond uniting them all. Throughout her entire life, Anne reinforced the importance of family, selfless support, and giving back to community, and this legacy lives on with her thirty- one immediate descendants (seven children, thirteen grandchildren and eleven great grandchildren). With the loss of her late husband, John Cairns in 1981, she worked hard as an electronics technician to provide for her family and continue to be a loving, nurturing mother. She gave her family her time, help, strength and guidance, without asking for anything in return. Anne not only raised her own children, but also played a pivotal role in raising their children. No job was too big and she loved being with them and it is evident they did also, by the love they gave back to her. Whether it was playing with them when they were young, caregiving or traveling to visit them during their growth, she left a lasting imprint that will be cherished forever. Anne will also be dearly missed by the spouses of her children, who knew her as mom, and many friends of her children and grandchildren, who all called her Nanny Anne, and whom she took interest in as if they were her own.

When Anne ‘retired’ from her caregiver role with her many grandchildren, she quickly transferred her time spent giving to her family to giving to her community. She was an active member with the Lion’s club for years, community volunteer, and seniors’ advocate. Her friends will remember her ever so fondly for playing darts, bowling, social gatherings, and always making time for a wee cup of tea to share stories and laughter. While she resided in Canada for over half her life, she never forgot her roots and relatives in Scotland or her homeland, Donegal, Ireland. She always made time to stay in touch from afar and travel back for visits when possible. Anne will be dearly missed by her many friends and relatives at home and abroad.

Anne was a pillar of strength and resilience as she battled every challenge head on. As a 10-year breast cancer survivor, she lived independently until a recent diagnosis of advanced lung cancer. Perhaps her most important role in life was to serve as an inspiration and role model to others for a life fulfilled and a life lived well. “There are angels among us, to show us how to live, to teach us how to give and to guide us with the light of love”. Lord, please take care of our beloved angel Anne, whom you have called back to you for eternal life.

The family would like to thank her doctor, medical and palliative care team from Southlake Regional Health Network and Stronach Cancer Centre who helped to support her wishes to live out her life at home.

A funeral mass will be held at Our Lady of Grace R. C. Church at 15347 Yonge Street, Aurora on Saturday October 23rd at 1:30 pm. A private family interment will follow mass with a Celebration of Life Service to be announced at a future date. In lieu of flowers, donations to the Canadian Cancer Society or a charity of choice would be greatly appreciated.