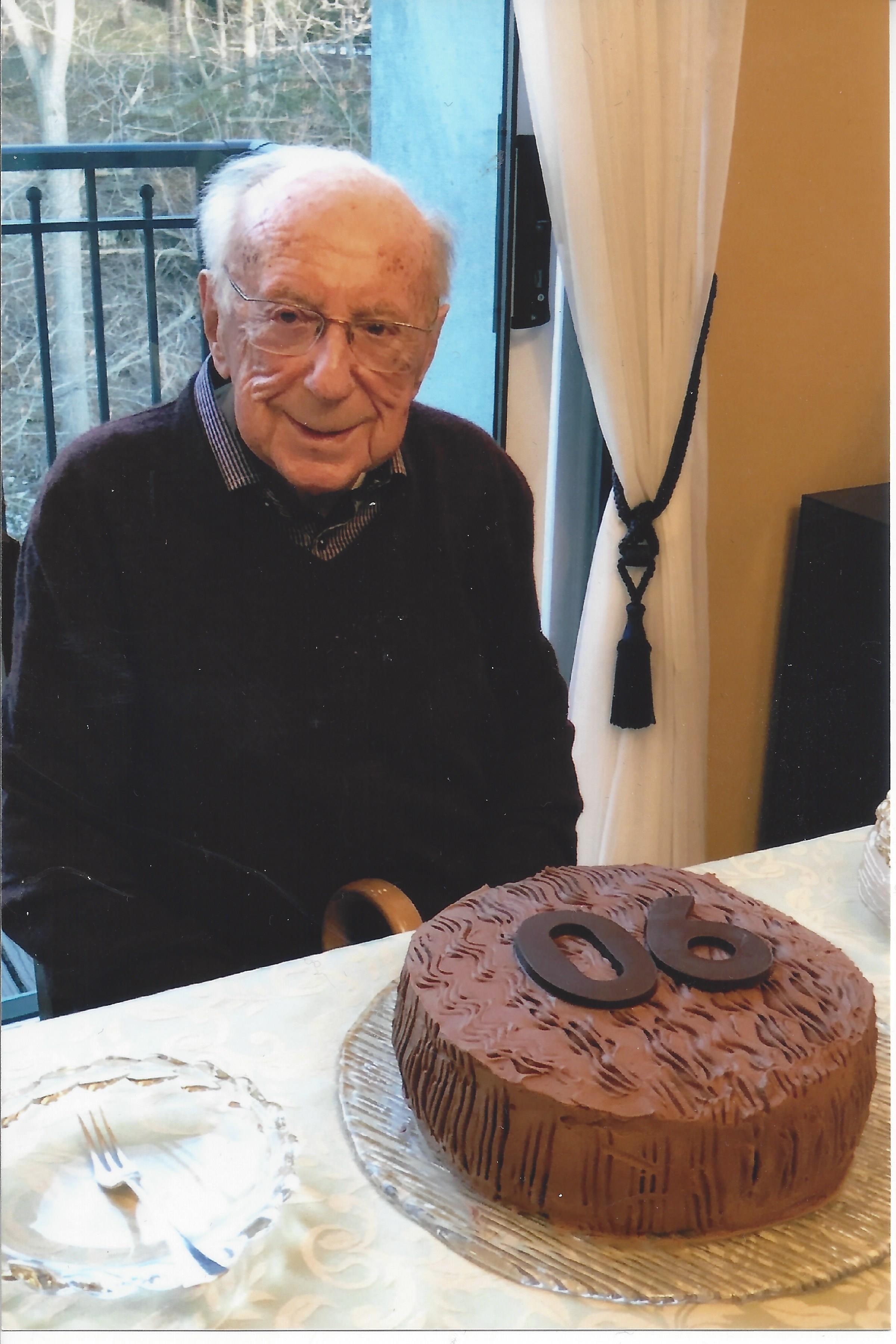 It is with great sadness that the family of Andrew Robert Hayos announces his passing in Toronto on Friday, February 12, 2021, at the age of 91 years.

He will rest in peace with his first love and wife, Vera. He was loved and will be forever missed by his children, Gabe (Fran) and Catherine (Eric); grandchildren Christie (Matt), Julia (David), Laura, Tim (Michelle), Zachary, and Jarred; and great-grandchildren Freddie, Poppy, and Theo.

He was loved and will be greatly missed by his second wife of 26 years, Maria Bassa and her family; daughters Agnes (Zoli) and Judit (Laci), their children Adam (Flora), Peter (Sophie), Matthew, Flora, Marci, and great-grandson Benedek.

Andrew was born in Budapest, Hungary and as a child experienced the horrors of World War II. He received formal training in economics. In his late twenties, after the end of the Hungarian Revolution and during the Soviet occupation, he escaped Budapest with his wife and young son. They spent three months in a Dutch refugee camp before being accepted into Canada in 1957.

Although he did not find any career opportunities as an economist, he learned that he could receive recognition for his Hungarian education and so pursued a career as a Chartered Accountant. Despite the challenges of learning a new language and working to support a family, he passed his CA requirements – writing his final exam on the day his daughter was born!

He began his career at several small accounting firms, before embarking on a partnership with Boris Shields. They grew their practice into a national mid-sized firm, Andrew Hayos & Associates. They eventually merged with Samson Belair and then Deloitte. Andrew retired from Deloitte in 1990 and joined Polaris Realty as a senior officer, where he worked until his late sixties.

He kept intellectually and physically active throughout his life. He was an avid reader and music listener, theatre and opera enthusiast, bridge partner, chess opponent, skier, golfer, swimmer, and tennis player. He pursued many of these activities well into his eighties! Andrew was inquisitive about the world and travelled extensively to cultural capitals and heritage sites.

Andrew was a generous man, well-liked by everyone he met. He loved to engage in informed conversation and appreciated a good bottle of wine with dinner. A modest man who led an epic life.

We are grateful to his family physician for many years, Dr. Carol Silverstein and the staff at Sunnybrook Hospital for providing him with care and comfort.

In accordance with Andrew’s wishes, his remains will be cremated and interred next to Vera’s in the Garden of Remembrance at Mount Pleasant Cemetery.

In lieu of flowers memorial donations may be made in honour of Andrew Robert Hayos to Sunnybrook Hospital’s Odette Cancer Centre. https://donate.sunnybrook.ca/tribute (e-cards can be sent via the site to Gabe Hayos gabehayos99@gmail.com and/or Catherine Hayos catherinehayos@rogers.com and/or Maria Bassa andrew.hayos@outlook.com)

Get Directions
Info: Due to COVID-19, Andrew's immediate family will have a private burial ceremony to honour his life.
Make a Donation
Help Extend the Memorial
Order a Keepsake Book