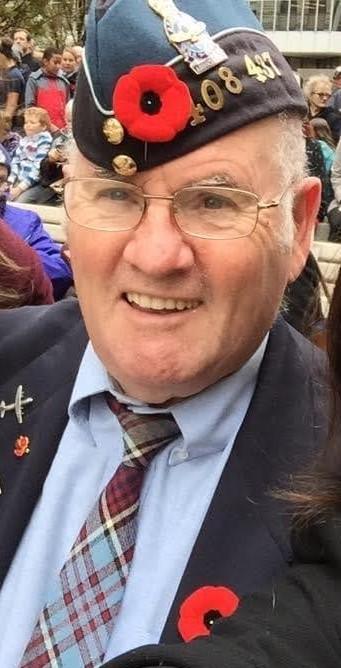 Andrew Jack passed away peacefully on September 5, 2022 while residing in the Sunnybrook Veteran’s Centre in Toronto. He leaves behind four daughters, Susan (Ken Nickelchok), Kelley, Andrea (Richard Strang) and Rebecca; his beloved grandchildren, Melissa, Tyler, Bruce, Cassandra, Stephanie, Sarah, Camille, James, Jacob, Nina, Emma, Elijah and Ava; and great grandchildren Lessa, Jaxom, Jade, Rowan, Michaela, Bruce Jr., Andrew, Kaylee, Lilo, Benjamin, Raven, Wolfgang, Jackson, Ariana, and Sierra. Dearly missed by his brother Bill (Carol), and sisters Sandra (Ed Jessop) and Liz (Louie Cardinale) and his much-loved nieces and nephews. Predeceased by his parents Andrew Jack and Rena Monforton, cherished sister Pat and nephew Greg Sitler. He is survived by his former spouses Betty Fudge Drebot and Lyudmila Jack. He will be lovingly remembered by the many step-children and step-grandchildren that came within his circle of influence over the years.

Andrew Jack was born and raised in Windsor, Ontario to parents Andrew Jack and Rena Monforton. Even as a youngster his energy was boundless. He joined the Royal Canadian Air Force in 1958 and always remarked emphatically that it was the best decision he ever made.

Once in the Canadian Air Force, he had a desire to fly and see the world. He spent time in Trenton as a Traffic Technician with 437 Squadron, also known as the ‘Husky Squadron’. From approximately 1962 to 1968 he was the Loadmaster on the Yukon flying trans-Atlantic flights to air bases in Europe as well as destinations in Africa, India, Asia including Vietnam. He became acquainted with many dignitaries and Canadian politicians who were transported to fulfill various diplomatic duties abroad. In 1968 he was stationed to Lahr, Germany (1 Wing) with family in tow, and then on to Baden–Soellingen (4 wing). After many adventures in Europe, he was stationed to Edmonton to support the Airborne Regiment. While based in Edmonton, he served a 6 month United Nations tour in the Middle East. Then he moved on to Ottawa to work in the Air Movements Unit; another 6 month United Nations tour to Cyprus and finally landed at CFB Downsview, Toronto, where he retired from the Armed forces in 1985.

Andrew then joined the Ontario Public Service and worked with the Ministry of Health, Ministry of Education and Ministry of Community and Social Services. He definitely made an impression wherever he went.

Lovingly known as “Drew” and “Uncle Drew” to his family, he transformed into “Andy” when he launched into the big wide world. Andy Jack had a special gift of making meaningful connections with people wherever he went. He loved to sing whimsically with family and friends.

Always looking for ways to make an extra buck, he was known for his wheeling and dealing throughout his life. He was always coming up with new and crazy ideas, many of which people actually went along with. He was frequently known for his buying and selling hustles. He ran all the ticket gates and parking for Klondike Days for a few consecutive years in Edmonton. His creativity and problem solving was stellar. He supplied the Boy Scouts in Germany with Ontario apples to sell for Apple Day. He shipped Canadian turnips over for the Brownies to sell as a fundraiser, and even managed to bring in a plane load of live lobster from Newfoundland to Baden–Soellingen, Germany for a big Newfoundland Celebration!

A ‘Snowbird’ in his later years, he cherished his time with family and friends in Sarasota, Florida while residing at Villa Del Sol. He continued pushing the boundaries - travelling and connecting with people at every opportunity.

Andrew spent his last years at the Sunnybrook Veterans Centre in Toronto, where he enjoyed the live entertainment, wonderful activities, ice cream, chocolate milk and singing along to the classics. We are so grateful for the excellent care he received during his almost 4 years at Sunnybrook. Doctors, wonderful nurses, supportive companions, and staff cared for him like he was their own family, always marveling at his determination and friendly nature.

Andrew was a world traveler, veteran, hero, friend to many, public servant, problem solver, innovator, conversationalist, and go-getter. He was the life of the party, and enjoyed helping people. He will surely be missed by many.

A Celebration of Life will be held on Thursday October 6th
Meadowvale Cemetery, Cremation & Funeral Centres
7732 Mavis Road, Brampton, ON, CANADA, L6Y 5L5
Visitation: 9:00 AM
Service: 10:00 AM
The service will be live streamed and available via the memorial page.
Reception: following the service