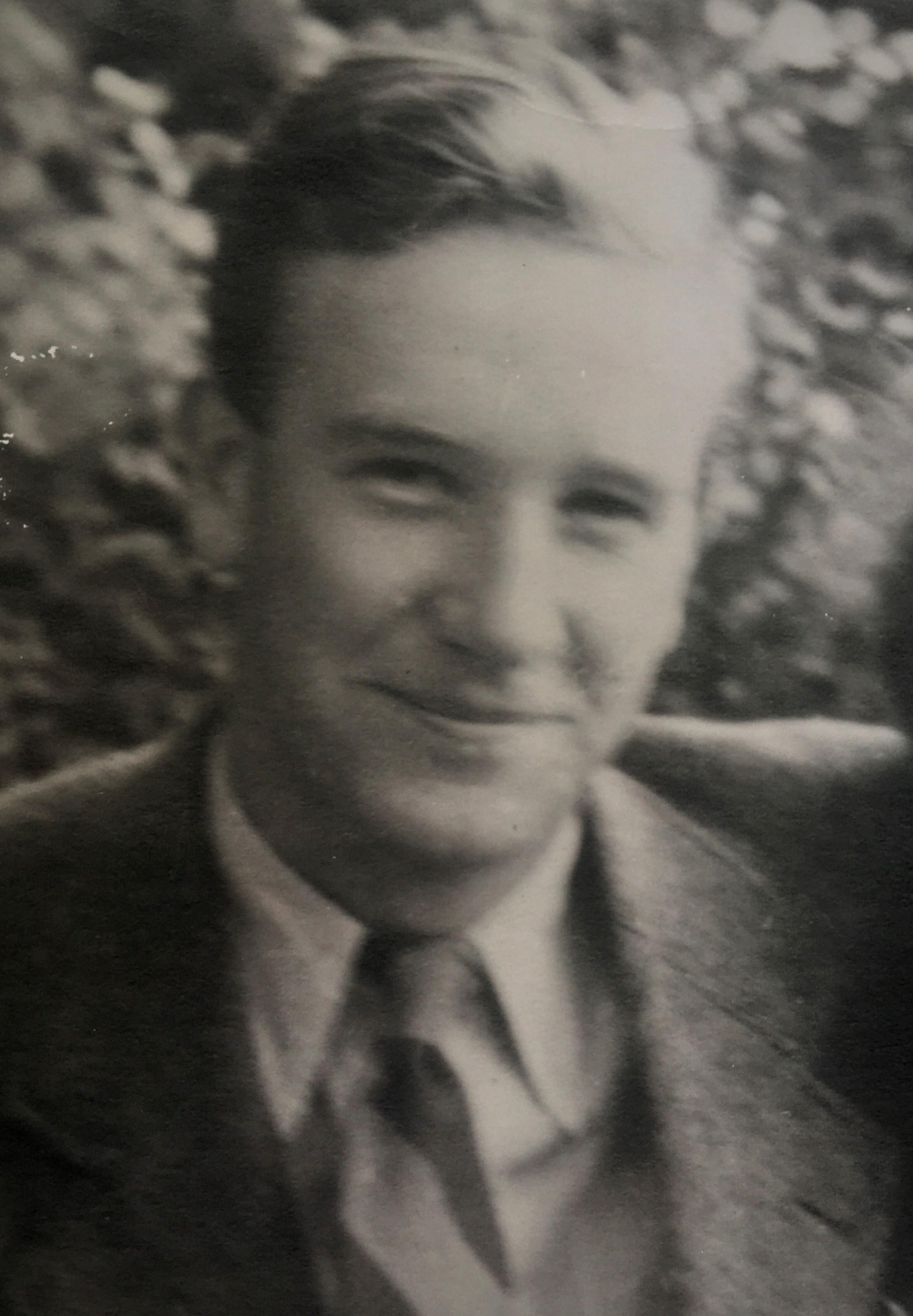 Alf passed away peacefully with family by his side on August 22, at the age of 97. He was greatly loved by his wife of 77 years, Nellie; his children, Lesley (Michael) and Paul (Claudia); his grandchildren, Kaitlin, Megan (James), and Alice (Armand); and his late brother, Ted; as well as many friends and family in Canada and England. He was truly adored by everyone who knew him. Alf was born on October 19, 1924 to the working-class family of Edward and Jessie Till, in London, England. Alf and Nellie attended the same school where they first met (“I saw him pumping up the soccer balls.” “I thought she was a very pretty girl.”) They both left school at 14 and met again in the blackout in wartime London. Alf was called-up in 1942 and served
in the Royal Air Force in France, Belgium, Holland, Denmark, and Germany. Alf and Nellie were married on November 24, 1945, with Alf arriving just in time for the wedding after an epic journey from Germany. Alf, Nellie, Lesley and Paul moved to Canada in 1957 along with their good friends the late Gerald and Sylvia Maunder, and son David. Alf described it as “the best move we ever made.” Nellie still resides in the home they bought a few years after arriving. Alf was a superb athlete. He captained winning soccer teams in England, and in Canada he played golf and tennis until he was 85, when he dislocated his shoulder running for a drop shot on match point. Alf worked for the typewriter company Olivetti and rose to the position of Vice President of Branch Operations. He subsequently worked for the Dutch firms, Phillips and Hagemeyer. On one working trip to the Netherlands, he drove to the town where he had been stationed in the winter of 1944-1945. He knocked on the door of a house he knew to enquire about people he’d known. The door opened with the exclamation, “Alfie!” Alf was a loving, kind, generous, humorous and supportive dad. Alf was the most wonderful, active and engaged granddad to Kaitlin, Megan and Alice. There was a constant stream of adventures, laughs, weekly trips to Edward’s Gardens, and annual trips to Florida, where Alf and Nellie wintered for 30 years. While he said a short time ago “It would be fun to live to a hundred”, he also said recently “If I were to die now, I would be well satisfied with my life.” We will miss his humour, his
stories, his love and his kindness but we too are well satisfied with his life, and honoured to be a part of his story. Interment of Alf’s ashes will take place on September 3, at 3:00 p.m. at Mount Pleasant Cemetery in
Toronto, with a reception to follow.