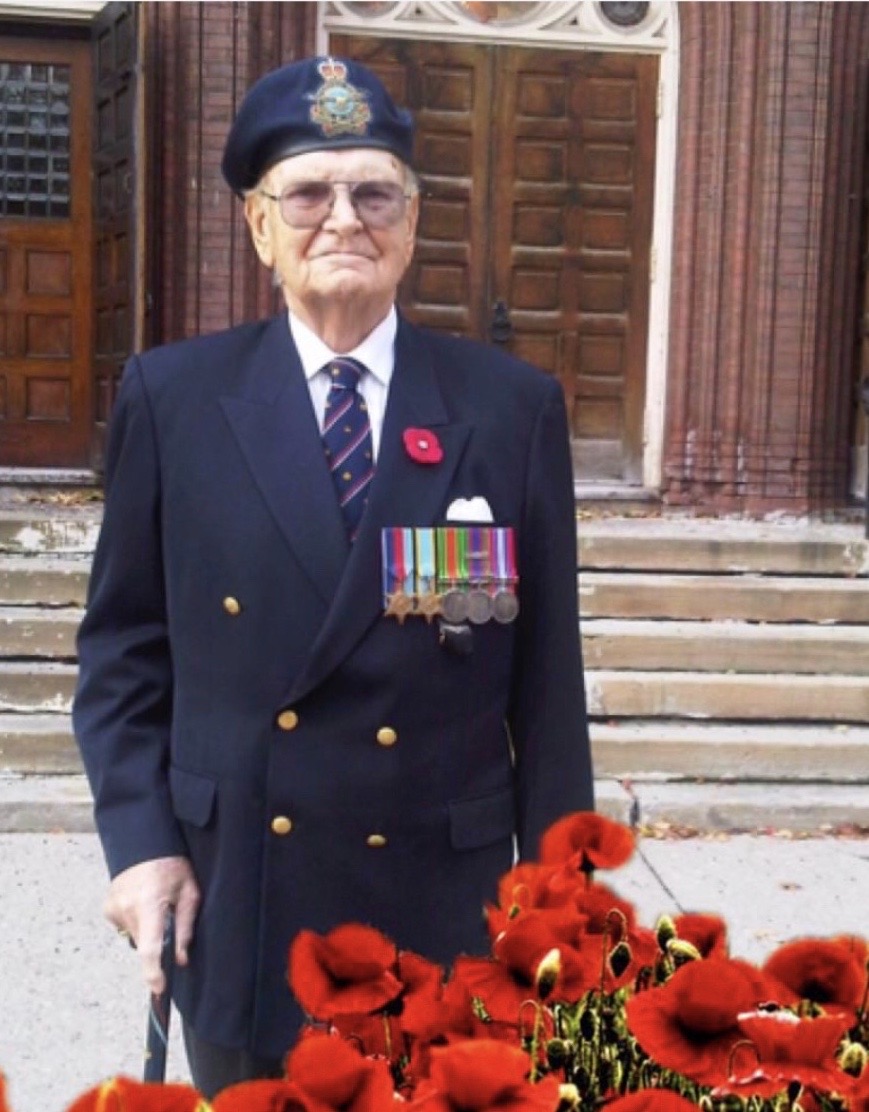 The importance of family was a theme throughout his life. Leaving school to help support his family during the Depression, Al -- also known as Ab and Daba -- worked several jobs and then joined the air force at the earliest possible opportunity. Serving during WWII shaped his life, and the stories he shared about the importance of preparation and resilience helped shape the lives of many students at many schools. And Al was a man who loved stories. Returning from the war, he found and married the love of his life, Ilva Campbell. They would have been married 72 years in September. Dad never stopped looking at her with the same adoring eyes. He was an amazing salesperson, and worked for over 25 years in sales at Maclean Hunter where he was proud to practise equitable hiring and delighted to “get paid to talk to people”. He loved to golf, curl, play billiards, darts and cards. He was a member of golf and curling clubs like Tam Heather and Meadowbrook. He grew roses and tomatoes. He loved his cottage and sailing there. He loved to sing and loved others to sing with him. He loved the theatre and movies. He was a friend of Bill for 50 years and had many pals as a result of that fellowship. He had a deep faith. But there is nothing Albert Prince loved more than his family. He survived many things in his life that would have felled a less positive or resilient man – crashing in the North Sea, perforated ulcer, heart attack, severely broken leg – but his inclination was always to fight and carry on. Sadly, the cancer that caught up with him was a battle he could not win.

Thanks to the amazing caregivers who have supported Dad (and Mom) for years, including Dr. Pham and her team, Hadas, Huan, Rodie, Gigi, Lois, Katarina and so many others. You are all part of the family. Thanks to MGH for years of care and caring.

A scholarship has been set up at Centennial College to honour Dad, recognize the enormous role of health care providers in his life over the last several years, and support education, which he loved. If you wish, please donate to the Ilva and Albert Prince Scholarship at https://myappform.centennialcollege.ca/donatenow/ and noting "Albert Prince" or "Ilva and Albert Prince Scholarship" in the Tribute portion. You can also send a cheque to the College, indicating the scholarship in the "re" line and mailing it to Centennial College, P.O. Box 631, Station A Toronto ON M1K 5E9 Attn: Emma Dunk.

We know Dad would appreciate it if you smiled at someone, told them how great they looked in that colour, asked if they needed any help, and lived day by day. Various celebrations of Dad’s life will be held at some point in the future, when possible.