The portion of A.R. Kemahl "A.R.K." Khan memorial that you are trying to access requires an extension in order to become active again. Would you like to contribute to the memorial?s extension? 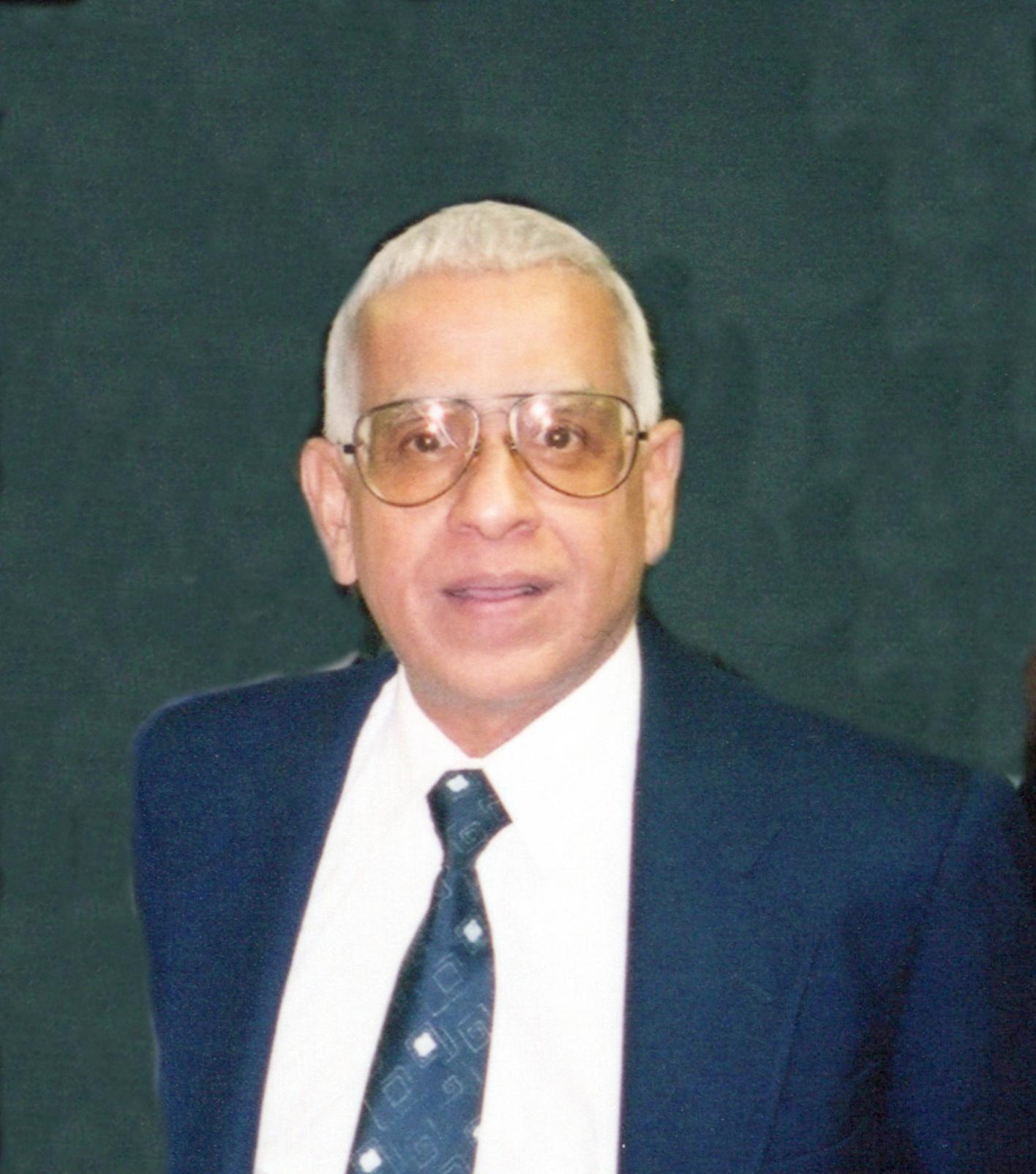 On September 13th, 2019, our beloved Aurangzebe Rohini Kemahl Khan, better known as "A.R.K., Kemahl or Sal", passed away at the age of 79 in Nassau, New Providence, Bahamas while on vacation with his daughter and three grandchildren.

A.R.K. was born on the 17th day of November in Georgetown, Guyana to Dr. Khan Kemahl and Rafickan Bacchus where he grew up in Albouystown on Sussex Street with his five siblings. A.R.K. attended Queens College in 1951-1958 and was a member of Weston “F” House. He became ill in 1954 with Polio and was absent from school for one year due to his disabilities. He returned to Queens College in 1955 where he sat the GCE O Level exams in 1956 and passed in all of the nine subjects that he took. Kemahl went on to teach at Central High School following his graduation from QC. Kemahl also attended the Universities of the West Indies in Jamaica in 1964, where he graduated and obtained his Bachelor's Degree in Econics. He took it further and attended the London School of Economics where he obtained his Master's Degree. Upon his return to Guyana from the University of the West Indies, he worked as a Parliamentary to President Forbes Burnham and went on a political tour to Indian, China, and Hong Kong. In 1978 he met his wife, Doreen Mattai and her two sons, Daniel Budhoo & Karl Budhoo. They all moved to Toronto, Canada in 1980 and the two got married on the 17th of December, 1980 at City Hall. They gave birth to their daughter Michelle Khan on January 23rd, 1984. A.R.K. also held the following positions on the Queens College Alumni Association of the Toronto Executive:

Kemahl had a passion for humanity and helping others. He also loved to be the one in charge, so he combined his two favorite passions to create an extraordinary life for himself and the people within that life. His contributions of dedications, love and donations were much admired not only by friends, colleagues and family, but also by all who he encountered in his lifetime. He was also an avid music lover and a collector of The Beatles, Frank Sinatra, and Neil Diamond records, just to name a few! He was known for his quick wit, his infectious smile, and his kind and compassionate spirit. Kemahl lived a very fulfilling life and always pushed himself to live each day to the best of his ability.

Kemahl was preceded in death by his father, Dr. Khan Kemahl, his mother Rafickan Bacchus, his sisters Eileen and Zena and his brother Ashmede Safraj. He is survived by his ex- wife Doreen, his daughter Michelle Khan, his three grandchildren, Taijaune Khan, Naishaun Khan-Richards and A'Zariah Khan. His brother Ashmat Safraj, sister Noreen Atherley and several cousins, nieces, nephews and friends as well.

May you continue to sleep in Paradise! And May your soul Rest In Peace! 🙏🏼

Our Sincere condolences to the family at this time. May God grant him eternal peace and comfort.

Uncle was a man who possessed great leadership skills and always kept himself occupied. He was a positive contributor to numerous alumni actives and publications most notably The Scribbler.

Many will remember you as the brains in the family, the one who graduated from Queens College of yesteryear. You were even in movies while cavorting with Cuba's Castro when I was a mere tot duncie-fire-goating it through some school or the other. You were and have always excelled in academia!

I know we haven't been in regular contact over the years but I am sure you have played some role in shaping me (and I am not talking my belly), into who I am today be it through conversation, your love of good music, the leadership roles you played in government and during your retirement years as well!

Things haven't always been smooth going for anyone one of us mortals, but I am sure you tried your best in your own way to be a good husband, father, grand-father uncle friend and confidante.

I remember the last time we spoke, you were helping one of your comrades launch a book about escaping from some bad people and circumstances. I hope it was successful. Now that it is the final boarding call, may you ride the high heavens on a saltfish and bake with your favorite beverage in hand while listening to your favorite tunes.

There is a time when we must say good-bye, but faith and love will never die, may uncle Kemahl rest and be at peace.

While I was not a school pal of ARK, I remember his personality after he suffered his bout with Polio and eventually returned to QC to complete his studies. After many years and his work in the Guyana government, he left his place of birth and made Canada his new home. He never forgot the QC he loved and dedicated his considerable efforts on behalf of the Toronto chapter of the QC Alumni Association for many years. He will be missed for all his outstanding organizational skills and friendship to all.

Kemahl assisted and coordinated my first book signing event in Toronto this past summer, and he was the main reason the event was well organized and attended.

On behalf of my sister, Fay Mendoza and myself, I would like to offer our condolences to his family on the loss of a great human being with a big heart!

Queens College has lost another stalwart alumnus. Rest in peace K, you deserve it!

My Deepest Condolences to Michelle and his grand kids.

I could always count on Uncle Kemahl to provide answers to my enquires about times past and ancestors. I will really miss being able to connect with him with my questions. It was also because of Uncle Kemahl I became interested in different types of music because of his extensive Album collection that he left at our home in Guyana during his travels. So many times I remember going to my grandmother's home and Uncle Kemahl would be playing the Beatles record or some other hip group.

May his Soul rest in Peace. You lived life to the fullest despite your physical challenge down to the very end. 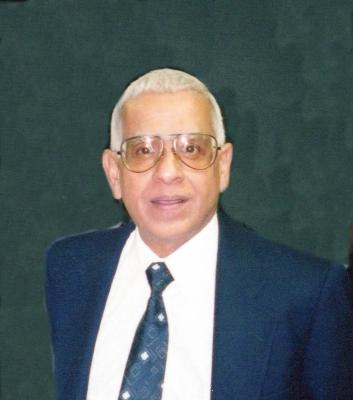 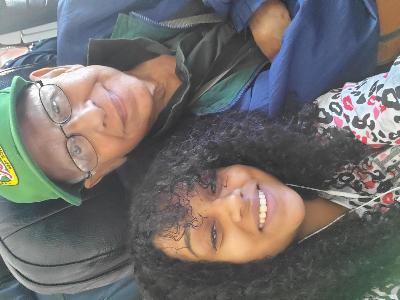 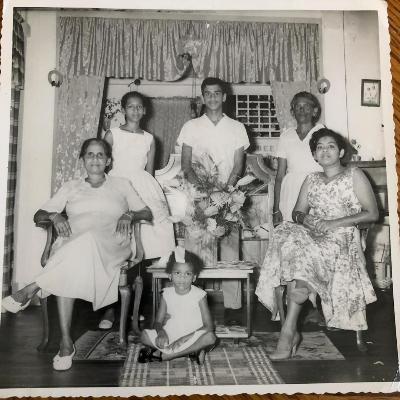 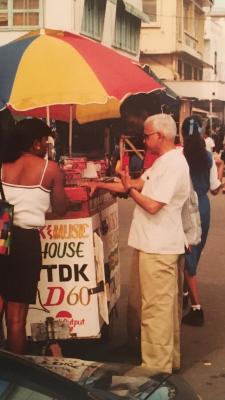 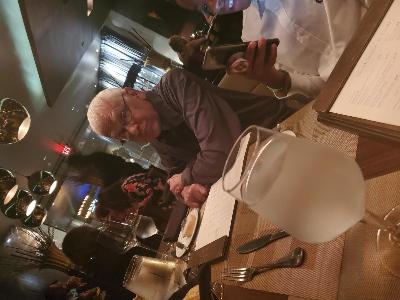